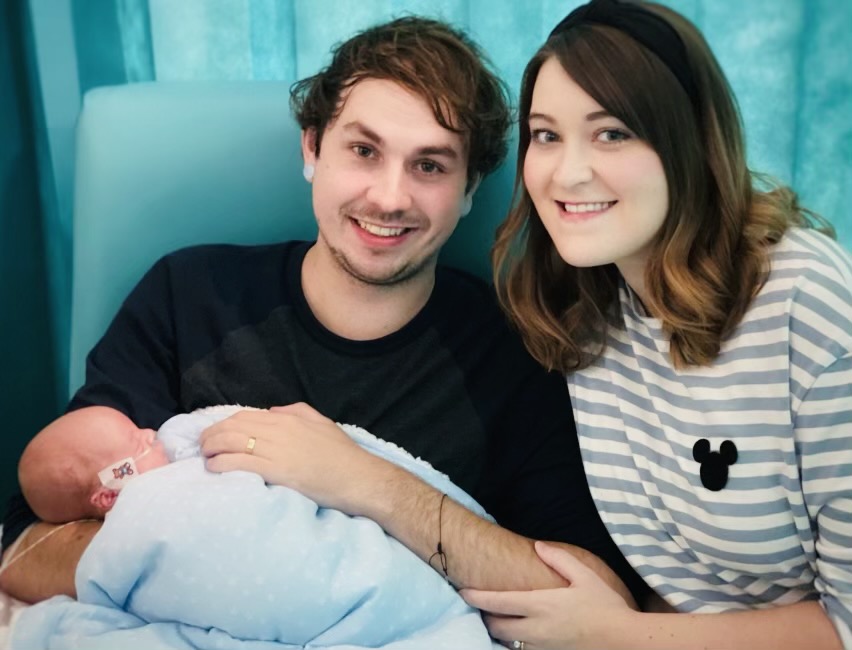 12-week-old Oliver is Madi and Tom’s first baby, but he was Madi’s fourth pregnancy so they feel particularly blessed. Because of their history, Madi was monitored very closely during her pregnancy and everything went well until at 24 weeks, she suffered a partial abruption of the placenta and started to bleed. Madi was admitted to hospital on strict bed rest and given steroids to prepare the baby’s lungs in the high likelihood that she would go in to premature labour. Baby Oliver kept growing for another month until Madi’s waters broke at nearly 29 weeks and he was born weighing exactly 1kg.

Oliver was put in a bag to maintain his temperature and rushed straight to the neonatal intensive care unit where he was placed on a ventilator.

Madi says: “Those first few days on intensive care were frightening. Although we’d had some time to prepare for the fact that this would probably happen, we went straight from becoming parents in hard circumstances to this strange clinical environment where everything beeped.  But thought it was really scary, we didn’t have much time to think because things would change constantly.  His medication would change or his oxygen levels would fluctuate and he’d need more or less support.  We were pretty much living minute to minute.”

About a week in to their 71 day stay, Madi and Tom were introduced to Catriona, the Noah’s Ark Charity NICU psychologist.  Catriona would visit regularly and for Madi, having someone to talk through her worries with, especially when Tom went back to work part time, was a great help.

Tom says: “Leaving Madi for big parts of the day was hard because I was worried about her. I remember walking in and seeing her with Catriona and feeling a big sense of relief to see that someone was there on the ward just for her – especially when something alarming had happened. Because Madi was getting the support she needed, I felt supported too. Catriona’s presence helped us both cope. ” 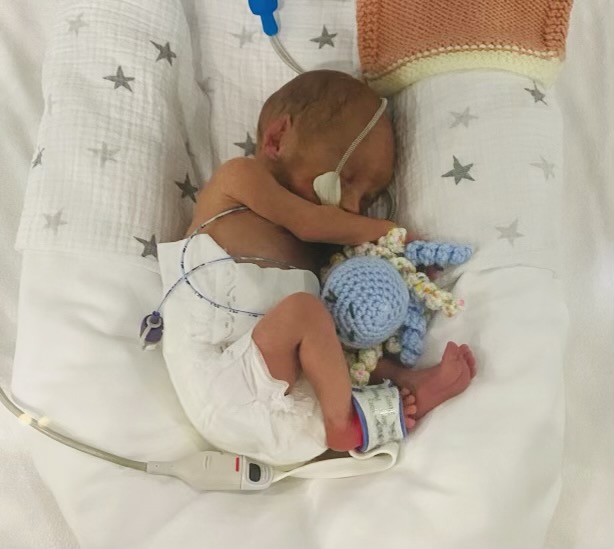 Like many parents living through the NICU experience, Madi and Tom didn’t feel able to start processing what had happened until Oliver was stable.  As his condition started to improve, he graduated to the nursery to learn to feed without a tube before going home. The clinical team were also trying to reduce Oliver’s oxygen in the hope that he could go home without it. Both Madi and Tom remember those long final days as some of the hardest. No longer running on adrenaline, they were exhausted and desperate to get home to start life as a family.

Madi says “Though Oliver was definitely through the worst, we actually had some of our scariest days in the nursery. I remember one day in particular where Oliver’s oxygen levels had to be increased again after his stats started to drop. The clinical team came around to see me and started talking about chronic lung disease. It was something that hadn’t been mentioned before and I just fell apart. Luckily Catriona was there with me at the time and she was able to support me through it.

“Catriona also advocated on my behalf when I asked to speak with the consultants about it the next day. Because she’s known our story from the beginning, she was able to explain things to the doctors in a way that I just didn’t feel I was able to at that point. She then spent time with me making sure I’d got all the answers I needed to feel ok. She helped me cope in a way I wouldn’t have been able to on my own.” 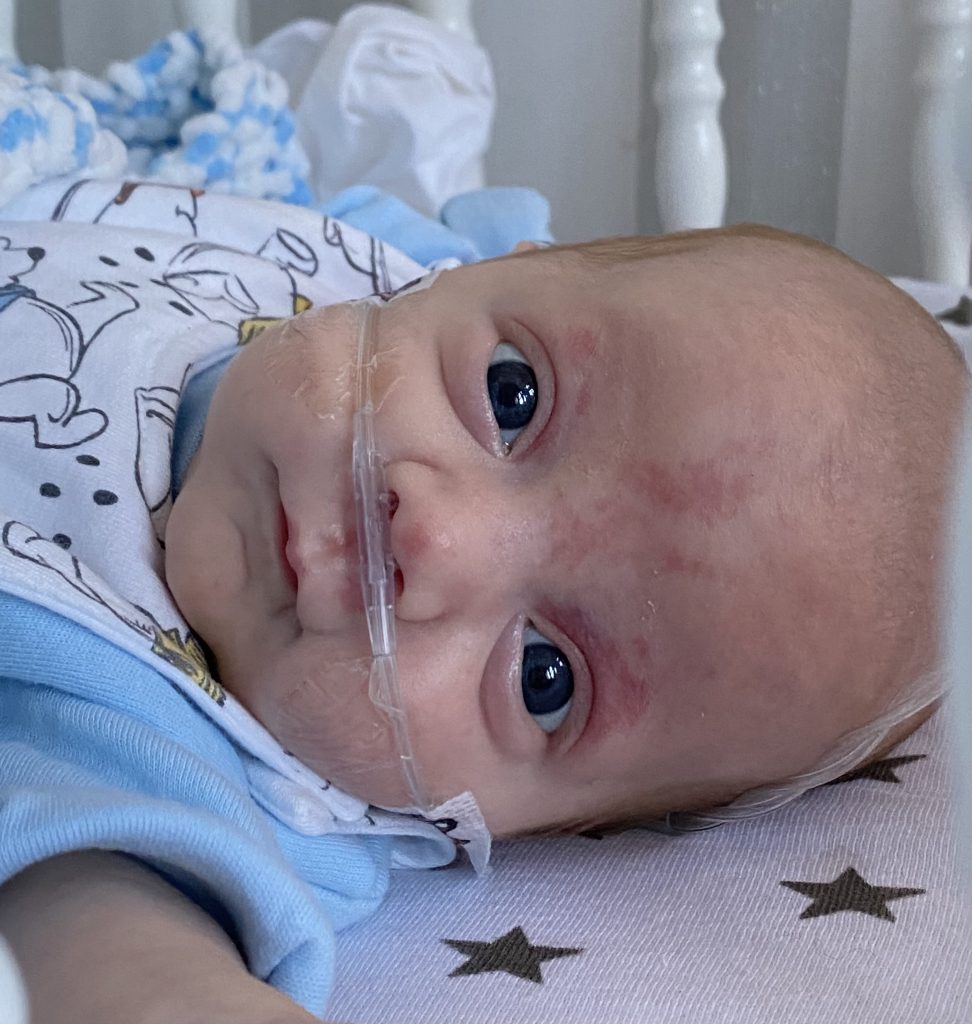 Tom adds: “The doctors and nurses on NICU are incredible but rightly so, their main focus has to be the babies in their care. Catriona is able to make space just for the parents, helping them to process all the whirlwind of emotions that comes with the territory.  It can be a pretty lonely experience because as NICU parents, we haven’t had the happy birth story that most people have. Catriona helps you process and cope by reassuring you that what you’re feeling is completely valid and normal. And being able to talk about those feelings and accept them helps you feel better equipped to be there for both your baby and partner.”

Happily, Oliver was finally well enough to be discharged from hospital last week after ten weeks in hospital.  Catriona continues to support Madi and Tom in their transition home.

The neonatal psychology service, which is funded by the Noah’s Ark Charity, is looking to establish a group of parents/carers with experience of NICU to provide valuable input on resources and services being developed for current NICU families . To find out more email  child.psychology@wales.nhs.uk