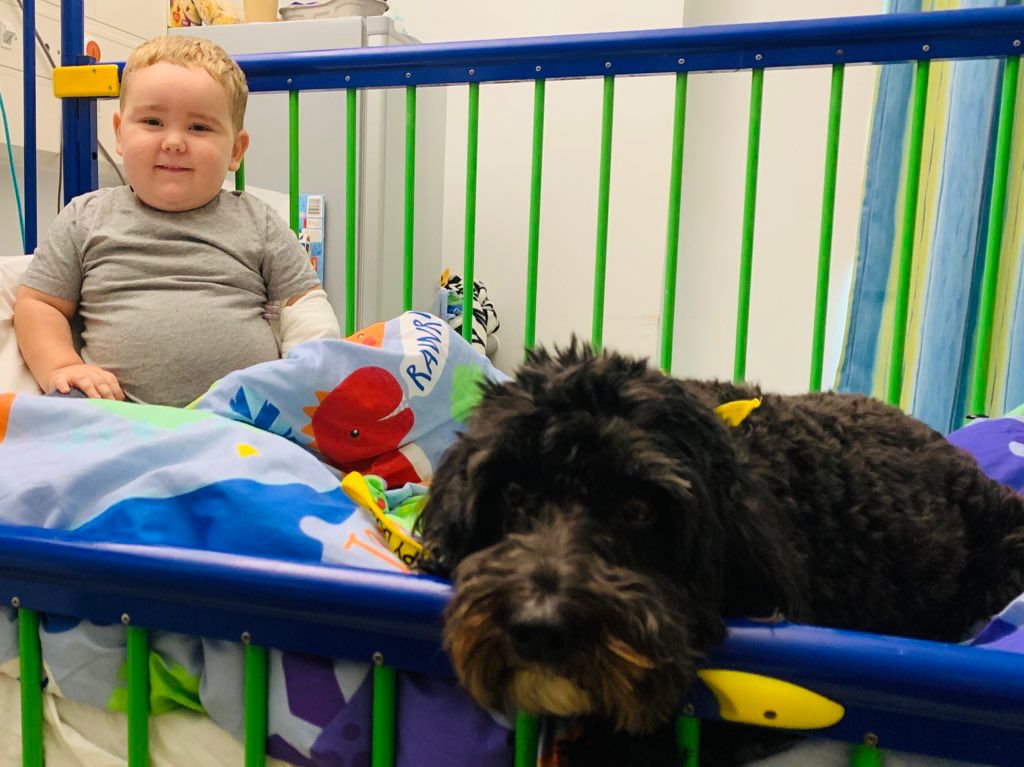 Before Christmas, we introduced you to two-year-old Morgan who had been receiving care at the children’s hospital while undergoing tests to diagnose an adrenal tumour. At the beginning of December, Morgan had surgery which was successful in removing all of the tumour without having to lose any of his liver or effecting his kidney as they feared it might.

Morgan’s tumour was an adrenocortical carcinoma (ACC), an incredibly rare cancer only seen in around 1-3 in a million people. Despite the success of the surgery, Morgan would still need to have six months of chemotherapy to make absolutely sure that the cancer was gone.

With baby Rhiannon at home and knowing they still had a difficult journey ahead of them, parents Natalie and Matt were pinning all their hopes on being able to go home to spend the festive period at home as a family.

Natalie says: “We did make it home for Christmas thanks to the quick work of the staff on Rainbow ward. It meant lots of checklists and training on things like how to protect Morgan’s hickman line, chemo prep, drug prep and emergency injection training, but we were so grateful for the opportunity to have Christmas at home before the chemotherapy started.”

Morgan returned to Noah’s Ark for his first five day course of treatment on the 30th of December and is now being cared for at home until his next round. His mum says that seeing her little boy lose his appetite and energy is beyond tough as a parent but she’s determined to stay positive through it for Morgan. 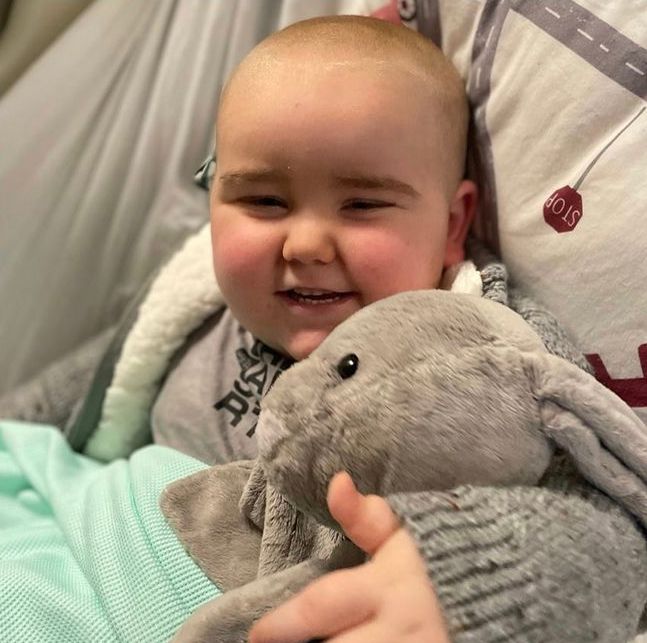 Natalie continues: “Our support network at the hospital has been beyond amazing. We can see that they are growing to love Morgs as much as we do and that every child who passes through their doors is embraced in to the fold. It’s a club no parent wants to be a part of but it’s a supportive club nonetheless.”

Having already raised an incredible £7k for the Noah’s Ark Charity during Morgan’s first few months in hospital, Matt and Natalie have now established a fund to continue raising money, both for Noah’s Ark and other organisations providing the family with support.

From everyone at Noah’s Ark, thank you Matt and Natalie. Your enthusiasm to support other families when going through your own hugely hard times is inspiring.

If you’d like to make a donation to the Noah’s Ark Charity, please click on the button below.