The Noah’s Ark Charity is delighted to announce that it is to become Swansea City AFC’s charity of the season for the 2022-23 campaign.

As has been the case for a number of years, the club recently gave supporters the opportunity to nominate a charity for the club to support, and they received an overwhelming response.

Swansea City chief executive, Julian Winter, said: “The club is very proud of its charitable work and we are committed to helping those in the community that need it most.

“The club was inundated with nominations for our charity of the season, and we are delighted to be partnering with Noah’s Ark over the course of the 2022-23 campaign.

“They do a tireless amount of work for children all over Wales and we are very much looking forward to giving them our support.”

Director of the Noah’s Ark Charity, Suzanne Mainwaring, said: “We are hugely excited to be announced as Swansea City AFC’s charity partner for the 2022-23 season. 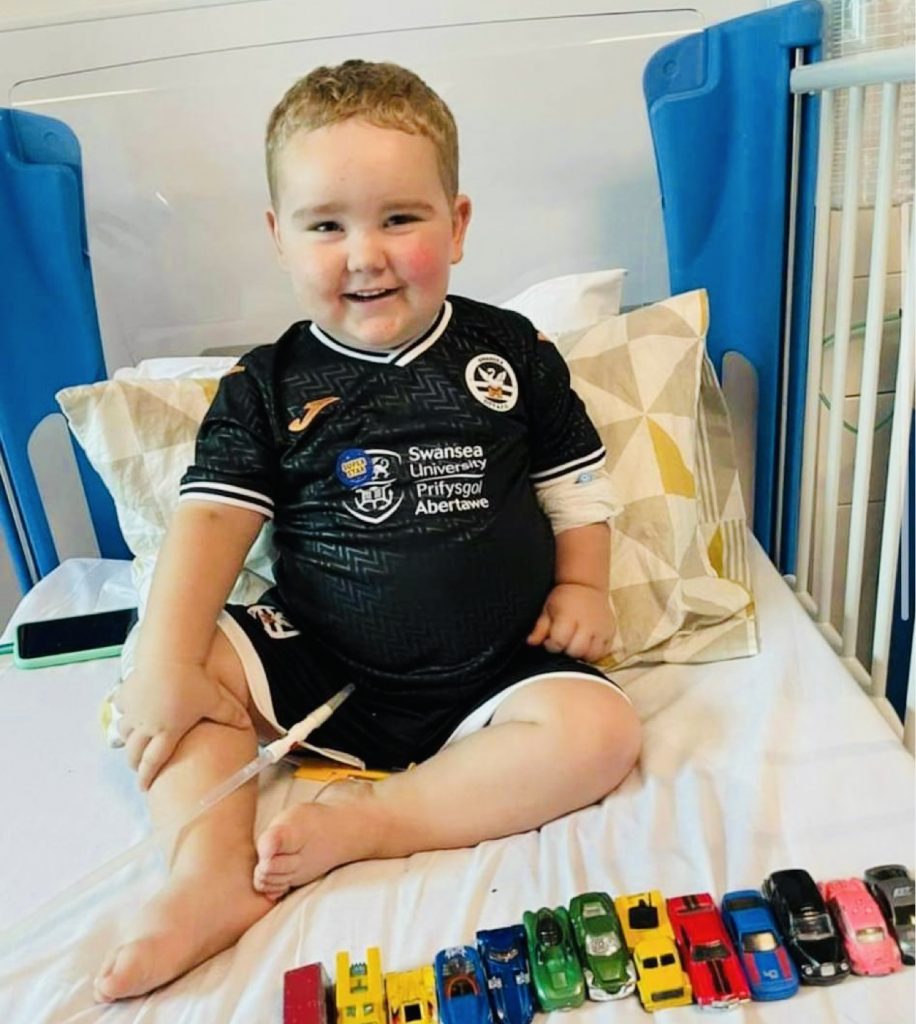 “The Noah’s Ark Children’s Hospital for Wales cares for 73,000 children a year, which is enough to fill the Swansea.com Stadium some three- and-a-half times over. As Wales’ only specialist children’s hospital, we know that many Swansea City fans will have either needed the service themselves or know ones who do. One of those is three-year-old Morgan, who comes from a family of devoted Swans fans and is currently receiving treatment at the children’s hospital for a rare form of cancer.  This partnership will go a huge way to ensuring that we can continue to provide the very best for Morgan and thousands of others like him.

“It’s been a particularly hard few years for Noah’s Ark families with many having to spend long periods apart due to pandemic restrictions.

“During the crisis we diverted much of our focus to supporting the hospital and its families in whichever way needed.  But now is the time to move forward with the many plans we have to improve the lives of children of Noah’s Ark and we’re so happy that the Swansea City family will be part of that during the coming year.

“We’d like to say the biggest thank you to everyone who voted for us and wish the very best of luck to the Swansea City team for the season ahead.

“We very much look forward to partnering with the club in our continuing mission to create brighter todays and better tomorrows for the children of Wales.”