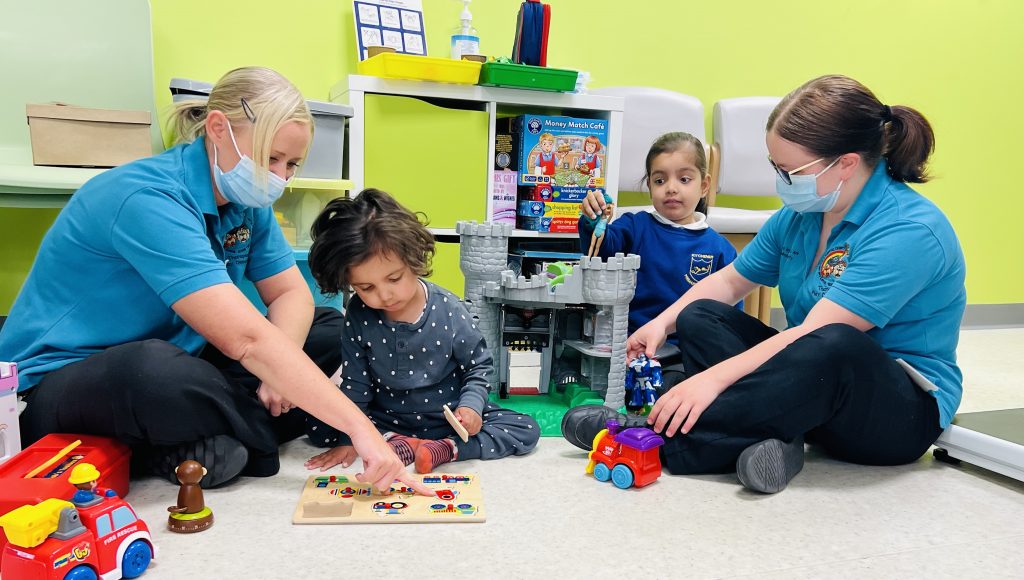 Alesha and Adam are brother and sister. They share the same big bright eyes, an addiction to cheese and a keen love of Disney songs. But those aren’t the only similarities.  Alesha and Adam also share a kidney disorder called congenital nephrotic syndrome. They both visit the children’s hospital at least three times a week and at some point before they become much older, they will both need kidney transplants.

Nephrotic syndrome is a condition that causes the kidneys to leak large amounts of protein into the urine. This can lead to a range of problems, including swelling of body tissue, a greater chance of catching infections and, in very rare cases, kidney failure.

Alesha was diagnosed with the condition at just a few days old and was transferred to Pelican ward where she started  infusions of albumin that had to be administered several times a day. At three months she was well enough to go home and after a few years, having returned to a relatively normal life, Shehla and Waheed felt confident enough to try for another baby. Adam was born six weeks premature in October 2018, a few months before Alesha’s third birthday.

Shortly after his birth, Adam was also diagnosed with congenital nephrotic syndrome. Though he was well enough to spend three weeks at home over Christmas, Adam’s stomach started to distend and, like his sister before him, he was admitted to Pelican ward. As there were concerns about Adam’s weight, he was fitted with a hickman line to receive nutrition and started infusions to keep him hydrated. With Waheed working and Shehla in hospital with baby Adam, Shehla’s sister stepped in to look after Alesha, having been given a crash course in all the medication the little girl needed to keep her well.

After three months in hospital, Adam’s medication was working well enough for him to go home, but he returned to the hospital regularly for infusions and checks on his hickman line. But at this point, the family were dealt another blow.  Alesha, who had lived a normal life up to now with the help of medication, was going into kidney failure.  Within ten months Alesha’s function was so low that her parents were told she needed dialysis. As Adam was getting better, Alesha was getting worse. 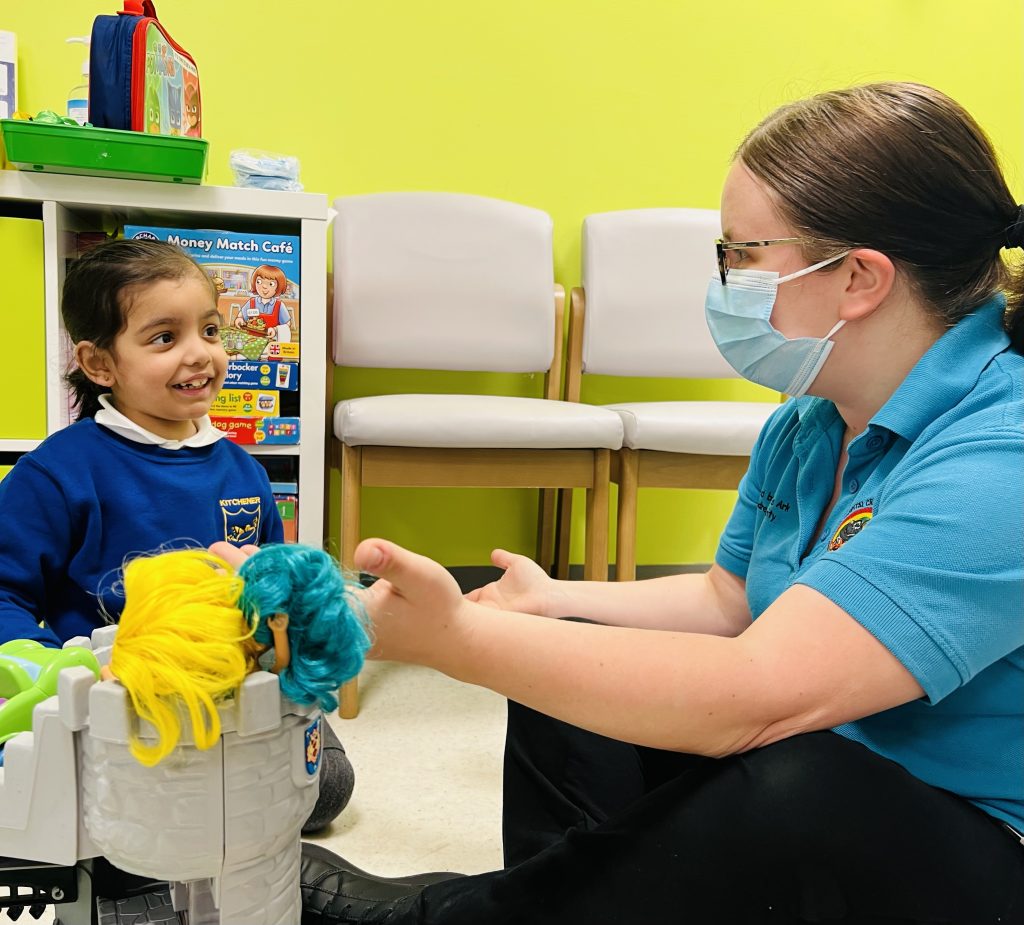 Alesha started dialysis at home at the age of three years and ten months but although everything seemed to go well initially, by the third month, her parents started to notice that Alesha’s blood pressure was creeping up.  A scan back at the hospital revealed a big sack of fluid in Alesha’s chest cavity which was compressing her lung.  Though the fluid was drained, it kept coming back and after two months in hospital and no sign of the problem being solved, a decision was made to transfer Alesha on to haemodialysis.

This would mean at least three visits to the hospital each week for sessions that could last up to four hours each.

Congenital nephrotic syndrome is often more severe in boys so Shehla and Waheed were prepared that Adam would probably need haemodialysis earlier than Alesha had.  They admit that it actually came as quite a relief when the day came. Adam had been far less energetic as a toddler and in fact hadn’t attempt to walk until he started haemodialysis at the age of two and a half. Both children struggle to gain weight as part of the condition so when Adam developed rhinovirus last summer, he was admitted on to Pelican ward again for an extended period and fed intravenously.

Shehla says: ”People always say that it must be so hard and stressful to live our life,  but it’s ours now and there’s nothing we wouldn’t do for them. Yes it’s hard when they’re unwell but it’s a family effort and by that I very much mean the team here at the hospital too. 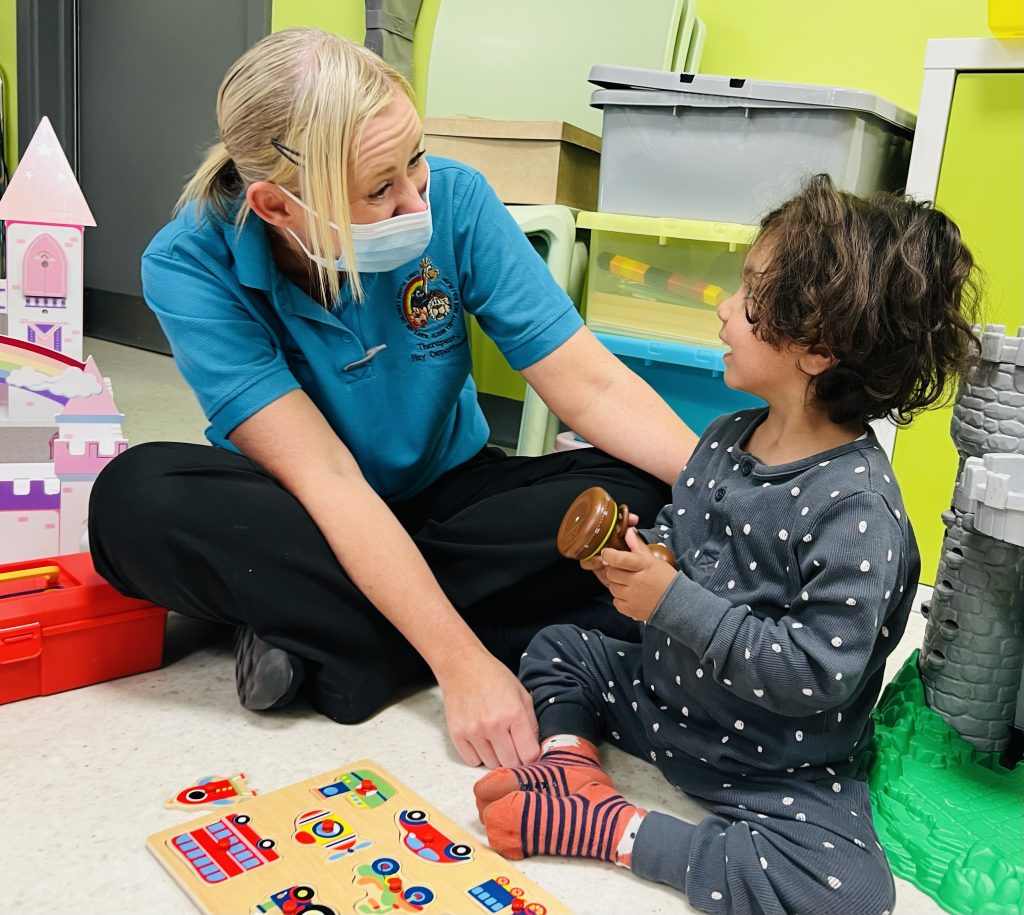 “When Adam was ill at Noah’s Ark last summer, Waheed took the night shifts before going straight to work in the mornings while I took the days. But there were times I needed to be with Alesha at home or at her appointments and I don’t know how we would have managed during that time without the support of play specialist, Donna.    Adam was hooked up to a machine to give him nutrition for the majority of the day but she’d provide a whole range of activities like water play, painting, messy play and reading stories. Knowing that Adam was with Donna helped me feel less torn.”

Donna, and play team member, Carys have been a part of the support system around Adam and Alesha since they started haemodialysis. They provide play opportunities that keep the children happy and entertained during long periods attached to machines.  As the children miss out on so much school, Carys and Donna also plan developmental activities to help Alesha and Adam meet their milestones. Through play, they also provide the children with emotional support so that they can understand and adjust to their often very medicalised lives.

Carys says:  “Alesha has both a fluid and food restricted diet which she found very hard to cope with at first.  She didn’t understand why it was unsafe for her to drink as much as she wanted to or eat her favourite food like her friends did.  Donna and I worked alongside the dietician and psychologist to support the family. To help Alesha, we created personalised PJ Masks themed stories which she could read each day to remind her. We then sat with the family to create a daily routine planner where Alesha could add what she would eat and drink that day and then remove them as she went along.  It was a visual reminder for Alesha to be aware that once they had gone from the planner, she could not have any more that day.”

Carys and Donna also encourage the children to play hospitals, carrying out dressing changes, bloods or injections on their dolls and teddies. This improves their knowledge of what each procedure involves and has helped to reduce anxieties when it’s their turn.  Carys says: “During the sessions they use real equipment to see what they feel like and what they do. Alesha’s understanding of some of the key procedures she has gone through is incredible!”

When the time comes, Alesha and Adam will go to Bristol for their transplants so the play team have worked with Shehla to create individual transplant plans for the children. The play team are also preparing Adam and Alesha so they know what to expect in a way that they can understand.

Shehla says: “I don’t know what I would do without the support of the play team.  With everything they’ve both been through, you’d think that the children would dread coming here but they don’t, they love it.  Carys, Donna and the whole team are like a second family to us and we can’t thank them enough for what they do.”