Cai, the King of the Jungle – by his mum, Micalea

Home » Patients » Cai, the King of the Jungle – by his mum, Micalea 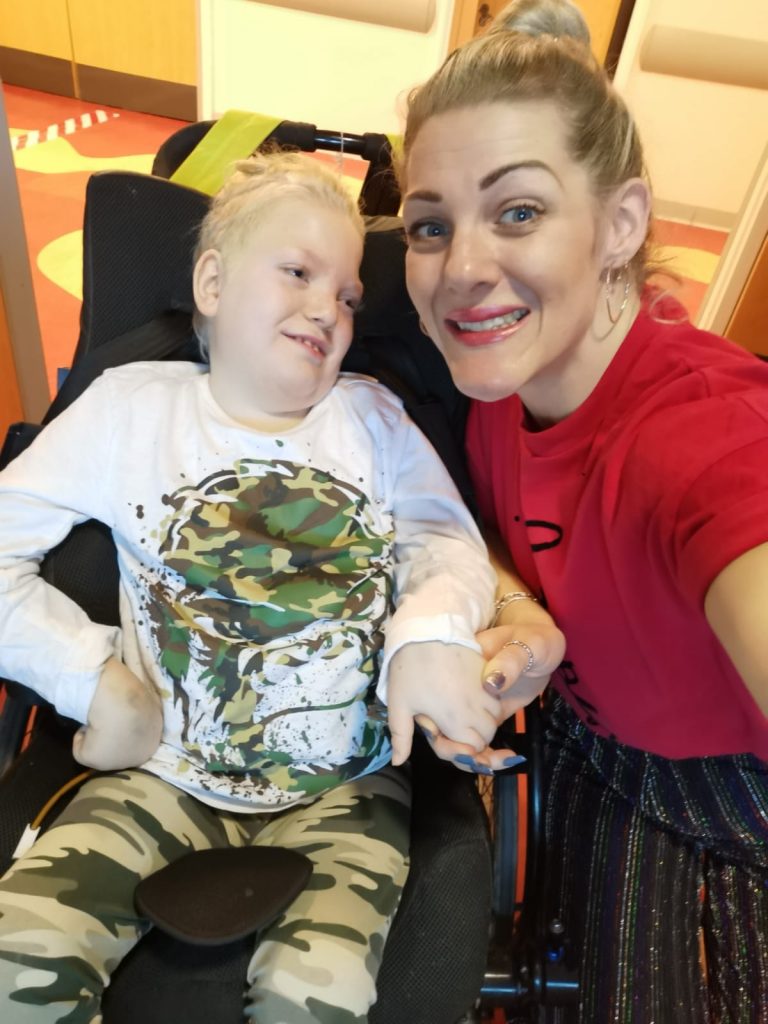 My son Cai grew up in the Noah’s Ark Children’s Hospital for Wales. He grew from baby to toddler to little boy to young boy. We spent most of our time on Jungle ward which is why he came to be known as King of the Jungle. It was a fitting name in more ways than one because the strength and bravery he showed was incredible. He faced challenge upon challenge but he’d always be laughing and making everyone laugh with him. He was a huge character and everyone knew who he was.

We first came to the Noah’s Ark Children’s Hospital when Cai was only a few weeks old.  Unexpectedly our baby, so tiny and fragile, went into cardiac arrest. He was taken to the paediatric intensive care unit (PCCU) where we entered a world we never knew existed.

We were told by doctors that Cai may not make it through the next 24 hours, but they were doing everything they could. Despite suffering a massive brain injury during the cardiac arrest, Cai did miraculously survive. But little did we know then what Cai had in store for us all over the next 11 years. The hospital, and particularly Jungle ward, was about to become our second home. 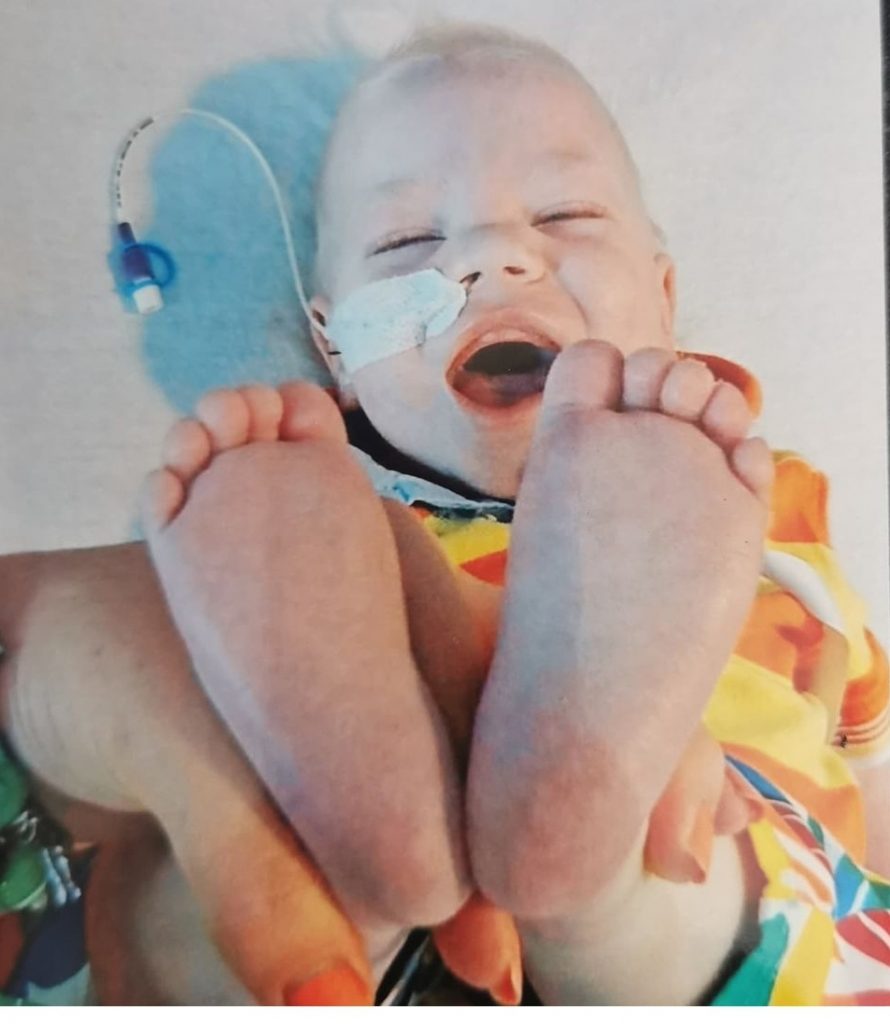 We stayed in hospital for most of Cai’s first year, making regular trips up to the high dependency unit and PCCU when he took a turn for the worse. But we made the most of our time together when he was well enough. We’d look forward to seeing who was on shift each morning and being entertained by the friendly play staff. They all became like family.

Cai had extremely complex care needs and required oxygen, suction and feeding through a tube. Before we could even think about leaving hospital, we needed to learn how to care for him on our own.  The wonderful nurses and staff at the hospital provided – essential training so that we could finally take our baby home.

Over the next two years Cai had many more hospital stays. He was a firm fan. The immunotherapy he then started having regularly to boost his low immunity did make it possible for us to stay out of hospital for a while but not long after I had our second son, Harrison, Cai suddenly become poorly again and we spent seven weeks at Noah’s Ark with both children. The staff were so incredible to us during that time. 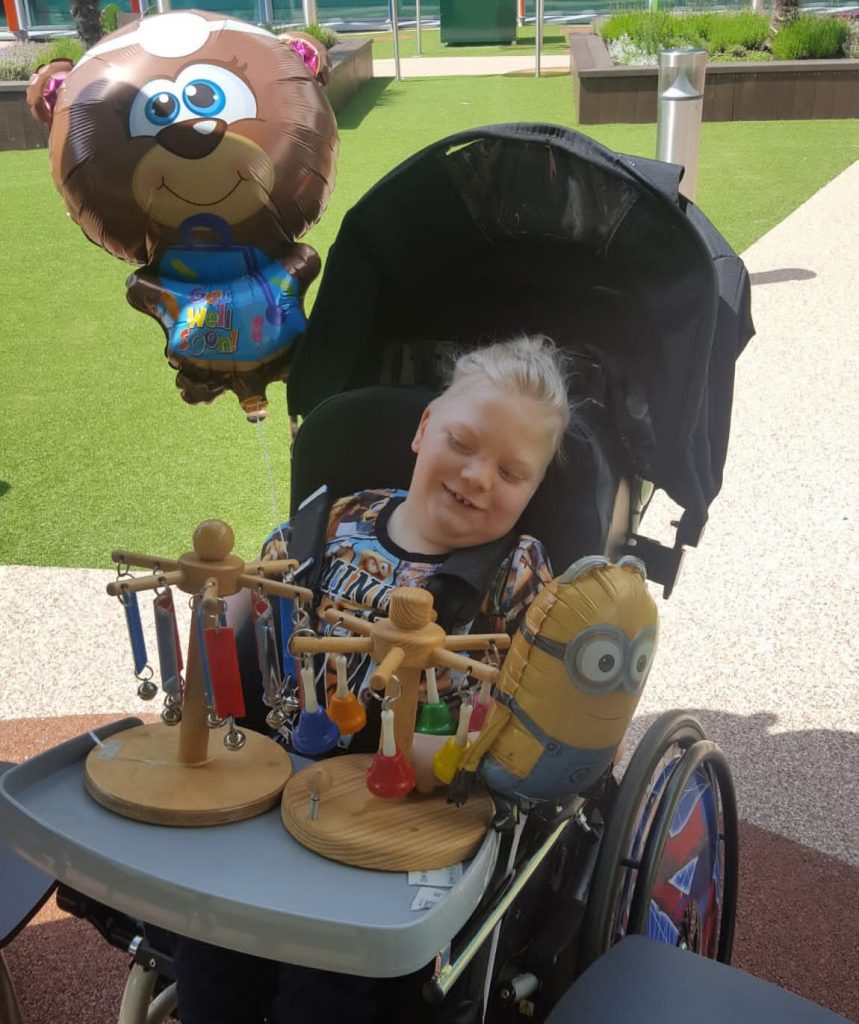 At the age of four, Cai was formally diagnosed with Vici syndrome, a condition so rare that he was the only living child in the UK with this disease and one of only 21 children in the whole world. The prognosis was poor. We were told most children didn’t survive past two, but we were feeling positive as Cai was already four.  We felt really proud that Cai was our son, and we were chosen to be his parents.  Yes it had been a rough ride but we knew we had the amazing support of the medical team at Noah’s Ark who never gave up on him.

Because Cai’s condition was so rare, the medical team learnt from Cai too and he inspired changes that exist to this day. He influenced the introduction of blended diets in the hospital, he took part in research studies, and he even had a paper written in the British Medical Journal about him.  Cai didn’t see himself as an inspiration though, he just wanted to be a child and have fun. He loved seeing Nico the therapy dog and playing with the play staff and nurses. He showed us life was about living. 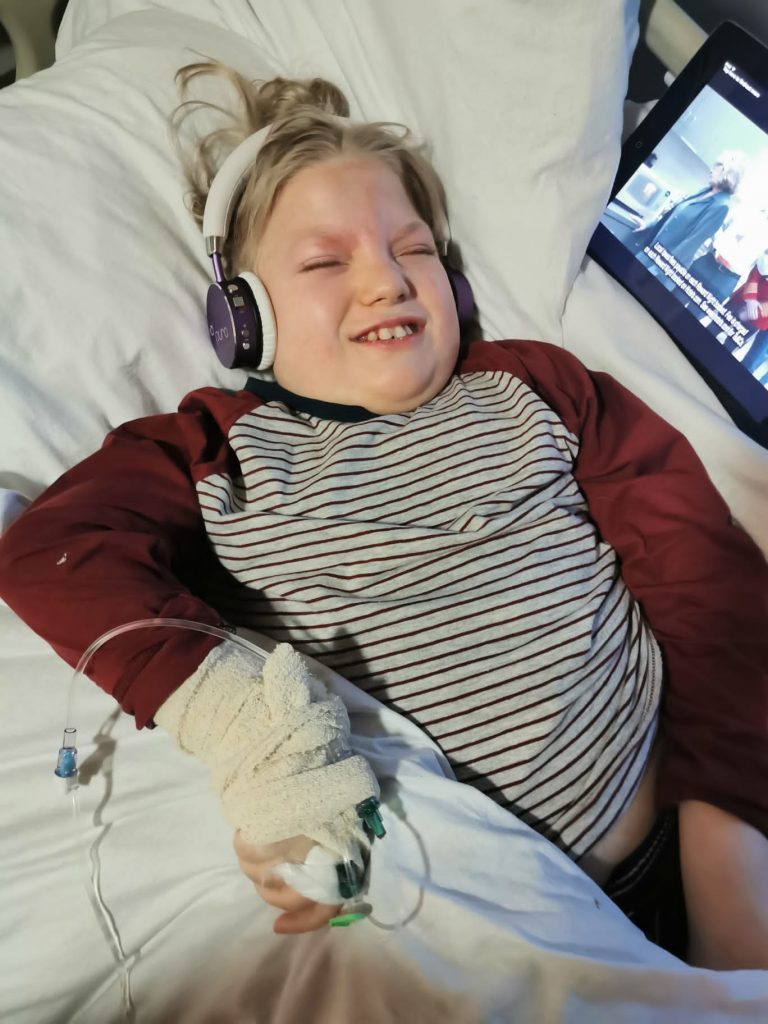 During the last 18 months of Cai’s life, he was admitted to Jungle ward an astonishing 45 times and had three operations on his bladder. In February this year, Cai fell critically ill and after a few days with the incredible team on PCCU where they did all they could to save him, we knew that Cai had fought enough.  It was thanks to them that Cai’s beautiful life ended like it did, peacefully and in his family’s arms.  Our hospital family showed their love for Cai one more time at the celebration of his life when they all came dressed as his favourite superheroes.  We feel so privileged to have had such an incredible hospital that provided Cai with a chance at life. They supported our King Cai until he chose the right time for him to go.

Cai loved his Jungle ward and the people within it but as he became older and bigger, many of the facilities in his environment couldn’t go with him.  Due to advancements in medical care, children with complex needs are living longer and when Jungle ward was built, the equipment and amenities Cai went on to need there years later weren’t as vital. It’s definitely needed for children like him now though and would make such a difference to families’ lives during times which are already extremely challenging.

Play was such a huge part of Cai’s life. He loved to play independently and over the years Cai would learn and communicate and show his emotion through play. It gave Cai the ability to be free and distracted while he was feeling poorly. He was also visually impaired so play would heighten his other senses and help him explore.

Unfortunately though, the playroom on Jungle ward wasn’t fully accessible for children with the needs he had.  I’d bring in a suitcase of his adapted toys with us on to the ward and I was happy to do it but I know he would have benefited so much from a fully inclusive play room. A place where he could sit under a table in his wheelchair to paint and do messy play or stretch out and interact with the environment around him.  To have a space that we could go to as a family would have been amazing too. When you spend long periods of time in hospital you often don’t see your other children or partner for long periods of time and when they do come in you’re often all cooped up in one room. To be able to do something normal together like sit down and watch a movie in a comfortable environment would have been amazing. Cai loved watching movies, especially Marvel. 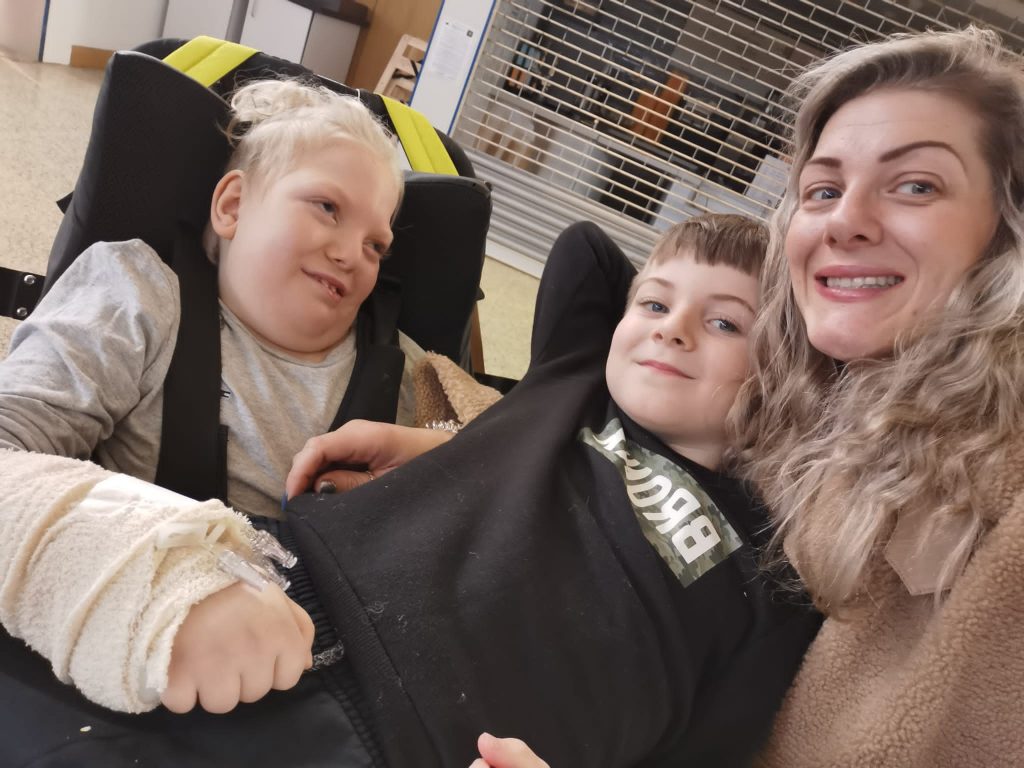 Life is all about making memories, especially when you know one day that’s all you’ll have. When you have a child in hospital whose life is limited, you want to make the most of the time that you have, make as many memories as possible and give your child everything you can to make them as happy and comfortable
as you can.

Jungle ward is an amazing place filled with children of all ages and families facing all kinds of different challenges.  They all deserve a safe space where only happy memories are made.  If you can help by making a donation towards a new playroom through the Jungle Ward Appeal this Christmas, our friends at the charity promise that they will make that special place a reality.