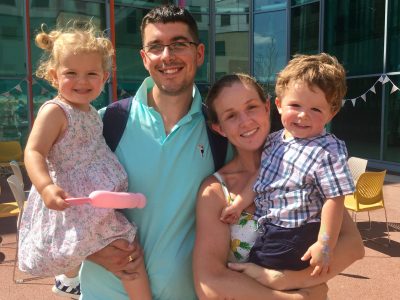 Emily and Oliver might be twins but according to their mum Laura, they’re certainly not alike.  Emily is a determined little character with plenty to say for herself while little Oliver is far more laid back, happy to let his sister take the lead. But during their first few months things were very different.

Laura and Russell had been trying to start a family for a while when Laura became pregnant and the couple were delighted to discover at their first scan that they were having twins. Laura had a relatively straightforward labour and Oliver and Emily were born on the 17th of November. Excited to start their new life as a foursome, the new family went home a few days later.

Emily had been having some difficulty feeding while in hospital but over the next few days, things started to get worse.  She was vomiting constantly and losing weight at a rapid rate. Concerned, the community midwife had Emily admitted to the local hospital where, over the following few weeks, doctors tried to control her weight loss and work out what was wrong.

Laura says: “It was such an awful time. We’d carried the lovely image of bringing our babies home in our minds for so long and this was nothing like it.  Not only did we feel helpless and terrified about what was happening to Emily, I couldn’t have Oliver with me in the hospital and that felt like the most unnatural thing in the world. I can’t even begin to explain the feeling of being without one of your children while you’re sitting there watching the other one deteriorate before your eyes.  It felt like everything was falling apart.” 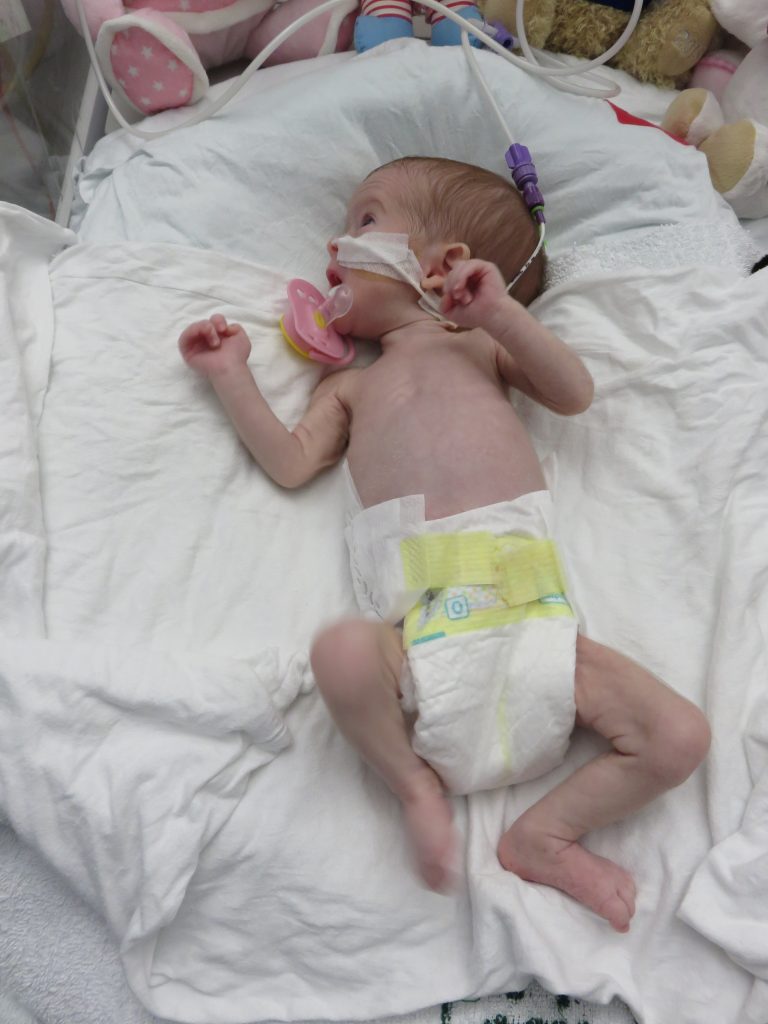 At two weeks old Emily was transferred to the Noah’s Ark Children’s Hospital for Wales where, a few days later, she underwent an operation to correct what doctors suspected was a blockage at the base of her stomach.  But, though Emily’s tiny body withstood the operation, her condition failed to improve.  Despite now being fed through a drip, the vomiting and weight loss continued.  The priority now was just getting enough nourishment in to Emily to keep her alive.

Laura continues: “Things really went downhill over that  Christmas.  Though her medical team was doing everything they possibly could to feed Emily up, it felt like something inside her was determined to eat her up.  She was gaunt and gray and we were convinced we were going to lose her.  The only good thing was that we had our own room so we were able to stay together as a family.  The nurses even found a cot for Oliver so we could put them side by side.

“The staff and our family made every effort to make our first Christmas together special, despite everything that was happening.  On Christmas Eve some of the nurses dressed as angels and delivered presents to all the children and on the day itself our family bought home-made Christmas dinner to our ward.  But watching families being discharged for the holiday while things were getting progressively worse for Emily was heart-breaking and when she developed an infection on Christmas night and her temperature rocketed, it was hard to imagine how her tiny body was going to fight it.  I kept thinking how we had two of everything at home. How could I possibly go home with one baby?”

But, true to the determination she is now renowned for, Emily did fight off her infection and finally in early January, after being fitted with a Hickman line which allowed her to be fed intravenously, Emily started to gain strength. For the first time in her short life, Emily started to gain weight and she was soon well enough to undergo a blood transfusion which gave her enough strength for her medical team to resume tests.

“Seeing Emily with a bit of colour in her cheeks and some flesh on her bones felt like a miracle” says Laura.  “Julia the play specialist came down and did some baby massage with us and we made footprints and on the day we left the ward for a little walk with both babies in the pram, the nurses all made a huge fuss.  They were things we’d dreamt of doing for so long but had become frightened we’d never do.” 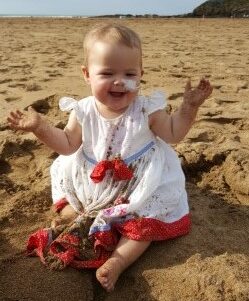 In the February, having lived together at the hospital for thirteen weeks, Laura, Russell, Oliver and Emily went home.  Then taking a specifically produced feed that bypassed her stomach, Emily continued to gain strength and in the June, tests uncovered an obstruction in her oesophagus which could be corrected with surgery.

As thanks for the treatment and care that both Emily and her family received while at Noah’s Ark, they held what was to become the first of many fundraising events for the Noah’s Ark Charity, raising over £2,000. Since then both Laura-Jayne and Russel have become family ambassadors and the whole family have been true supporters of the cause, joining our Family Fun Walks and taking part in various challenge events. 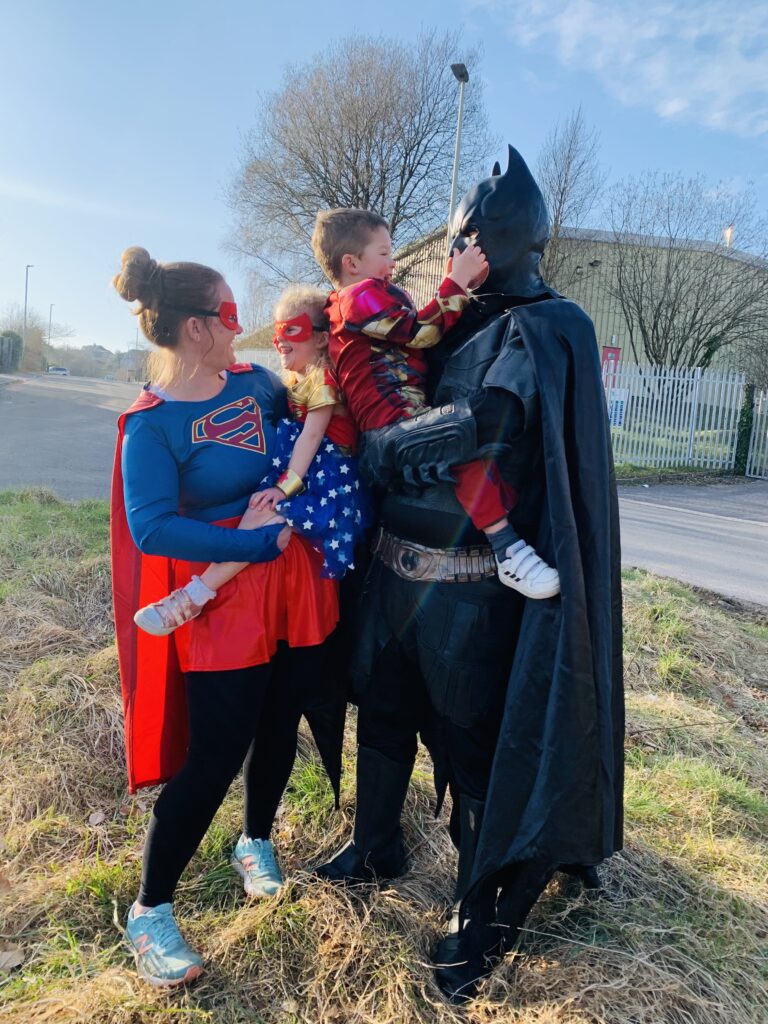 Laura says: “No-one wants to be in hospital, particularly when it’s your own child that’s ill, but I really think being at Noah’s Ark made it the best it could have been.  It was lots of things that made the difference, from knowing that Emily was in the care of experts in paediatric medicine and being able to stay together as a family, down to the angel’s visit on Christmas Eve and doing footprints with the lovely play specialists.   Until you’ve experienced it, you also don’t realise how expensive everything is and we got to see first-hand what a difference people’s donations can make. With the help of our wonderfully supportive family and friends we’re going to continue to fundraise for the charity.  It’s a thank you for the fact that Oliver still has his sister, even if she is on a constant mission to steal his toys.”