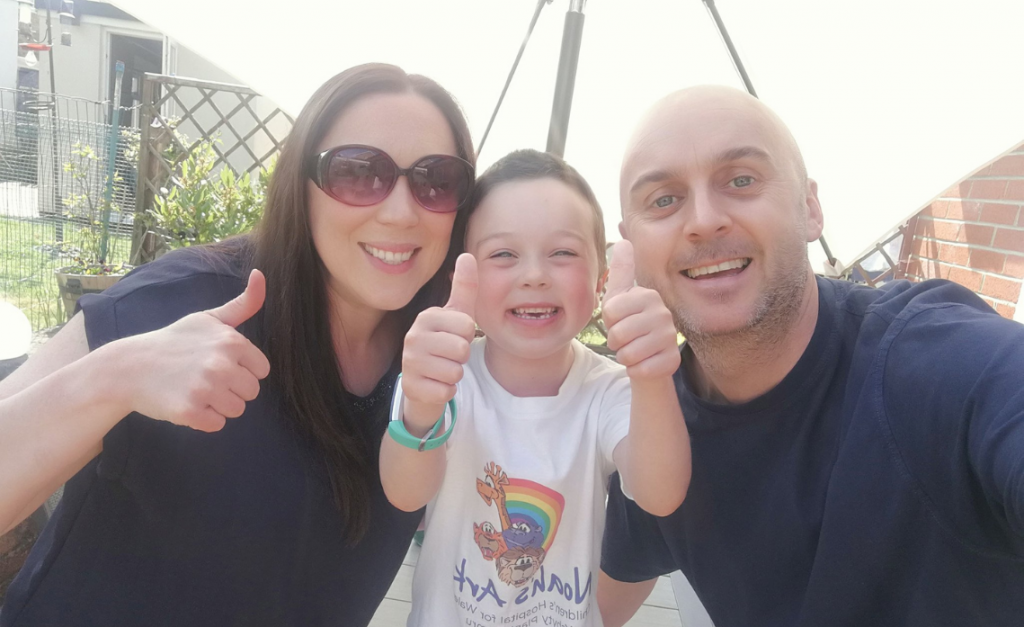 At this time of year when we’re going into the summer months, better weather means everyone wants to be outside more, especially after being in lockdown for months. However, this isn’t always an easy option for some children..

This Allergy Awareness Week we want to introduce you to Osian, who lives with life-impacting allergies.

As a baby, Osian had severe reflux and developed widespread eczema. Though reflux is relatively common in small babies, Sarah was worried and after almost a year of querying his symptoms, he was referred for allergy testing.

Sarah says she was so relieved when they were referred. “The GP I saw listened to my concerns and took them seriously. Through the testing process, they discovered that Osian had not just an allergy to milk but also to egg, peanut, many tree nuts, soya, wheat, buckwheat, lentils, peas, dust mites, grass pollen, cats, and dogs.

After a referral to consultant paediatrician, Dr David Tuthill, Osian visited the Noah’s Ark Children’s Hospital in January 2020 to begin treatment for his dust mite and grass pollen allergies. He was treated using sublingual immunotherapy on Seahorse ward. Sublingual immunotherapy is an alternative way to treat allergies without injections. The patient is given a small dose of the allergen under their tongue to help desensitise them to allergies like grass pollen.

“Osian has to continue with immunotherapy for three years altogether. He has a dissolvable tablet he takes under his tongue for the grass pollen allergy, and he has drops under the tongue for the dustmite allergy. He’s used to doing this every day now and we’ve been provided with the medication from Noah’s Ark which we have at home. 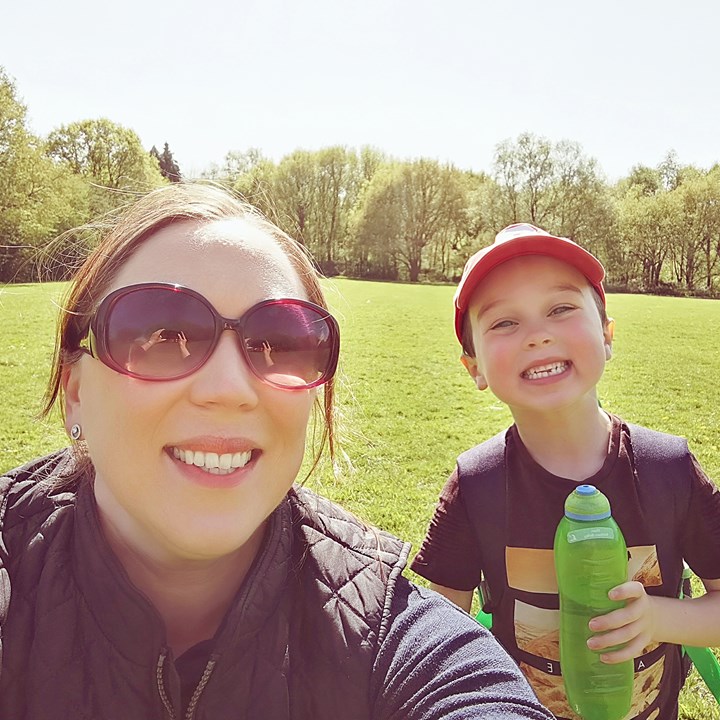 Sarah says she finds it hard at times. “We’re responsible for making sure Osian doesn’t eat something that will make him poorly or react to environmental factors by making sure he takes his medication at the right time and being very vigilant about his environment. I don’t think people realise that allergies don’t just affect the child but the family as a whole. They can have such a big impact.”

Now seven-years-old, Osian has started to question why he’s different to other children. It’s something that his mum finds difficult to explain.

“He has asthma and eczema too and I say to him ‘Mummy wishes she could take your eczema away’ and he says ‘It’s OK Mummy, I don’t mind. I wouldn’t want you to have it.’

Osian celebrated his birthday at the start of April but because of lockdown, he couldn’t have a birthday party for the second year in a row . Sarah says: “In normal times, parties are really tricky because generally there are foods that Osian can’t eat.  Particularly during his younger years, this was a real challenge and parties were stressful events. We always try to communicate openly with other parents and school so that people understand Osian’s needs. It’s amazing really that children at his school know about his allergies and will make others aware that Osian can’t eat certain foods.”

On a more positive note, lockdown has meant that Osian has been shielded from environments that aggravate his allergies. Sarah says: “People washing their hands and washing surfaces more often has helped to keep Osian and children like him a bit safer. He would normally be playing on the grass playing field at school but because he wasn’t at school for a lot of last year, his flare ups weren’t so frequent. Allergies really do have a massive impact on their everyday lives. You have to be so prepared and “on alert” and can’t be spontaneous in any way just in case a reaction happens.” 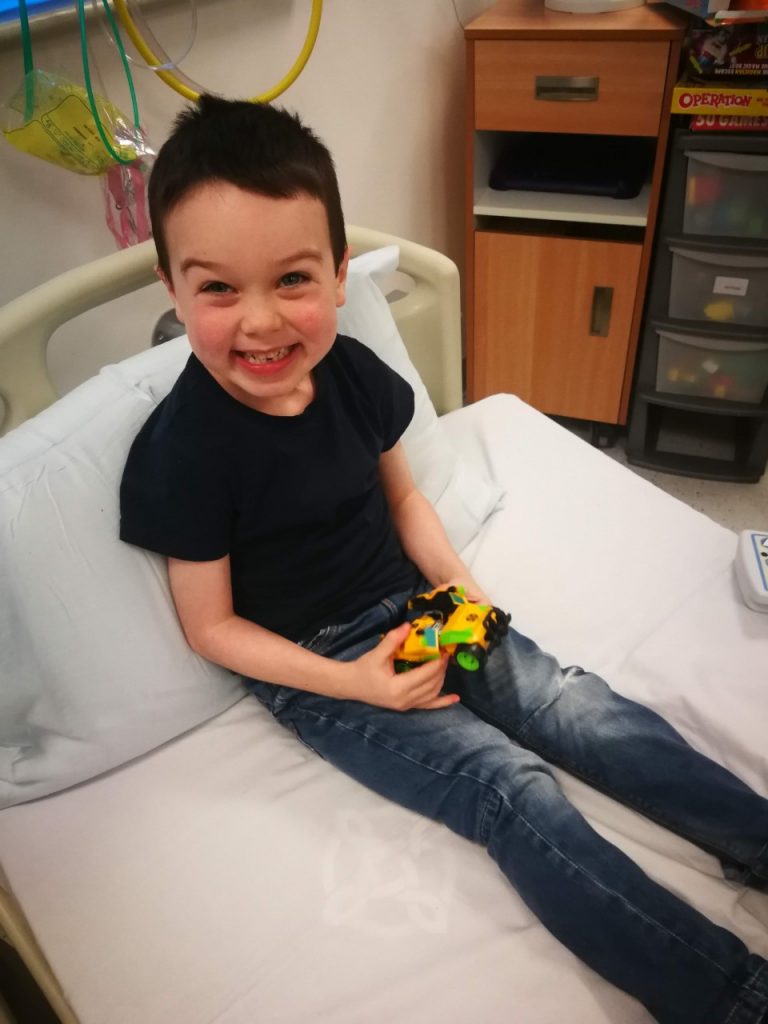 Sarah is so proud of Osian for the way he deals with his allergies. She says: “He’s a little superstar and my hero. He’s grown up with these restrictions in his life and has just gone with the flow. The older he gets though, the more he notices that he’s different to the other children. I try to tell him that other children have differences too that we might not know about. It can be hard to explain but he takes it all in his stride.”

Osian is doing really well, and his mum is hopeful that the immunotherapy treatment will make a big difference.   As a parent to a child with allergies, Sarah says it’s so important to consult a medical professional if you think your child might be allergic to something.

As a way of thanking the staff at the Noah’s Ark Hospital, Osian and his family took part in our Step Challenge. They raised an incredible £1,810 and really enjoyed doing the challenge together.

Sarah says: “When we went into Noah’s Ark, Osian was having two treatments that needed to be spaced apart so that he could be observed for signs of reactions to each. As soon as we went onto Seahorse ward, his eyes lit up when he saw all the toys to play with. It was such a lovely environment. The nurses were amazing, and we felt in safe hands. We’re so grateful for all the help and support given by Dr David Tuthill and the amazing team of nurses.”