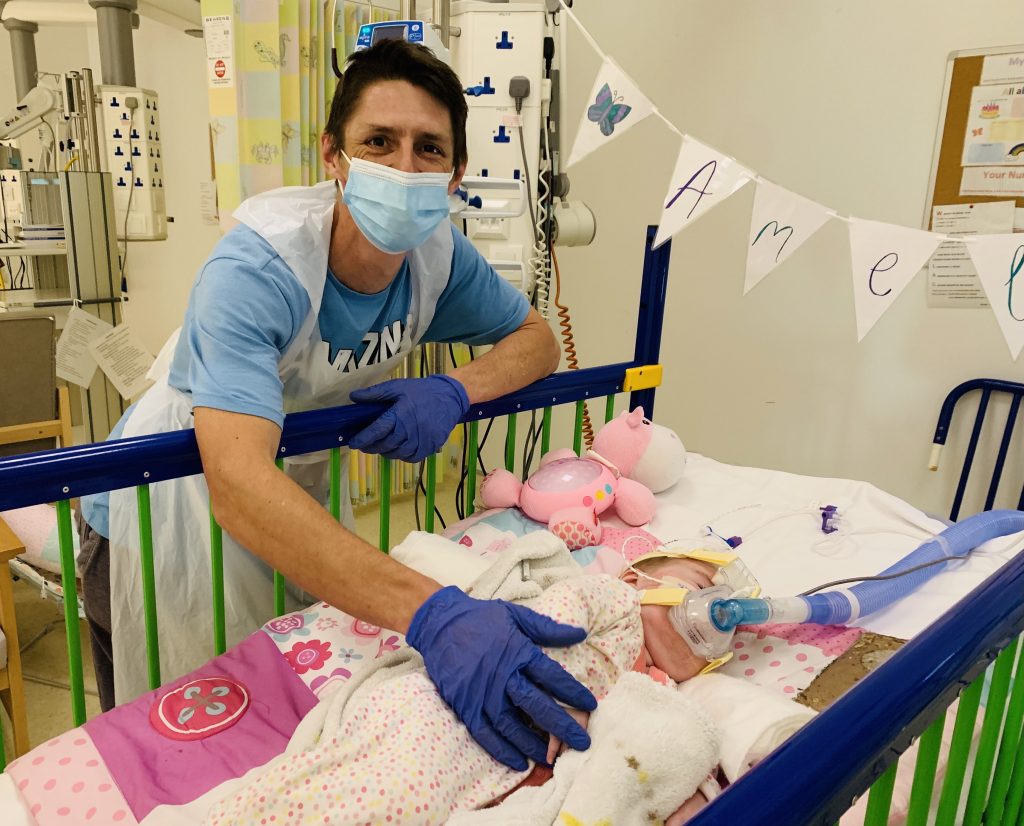 Baby Amelia Clark is nine months old but in the time since she was born, her big sister and brother, Kaitlyn and Logan, have only seen her a handful of times. The last was on the 4th of March when Amelia was rushed back to the Noah’s Ark Children’s Hospital for Wales after a short visit home.  She has been a resident on either Island ward or the paediatric intensive care unit (PCCU) ever since.

Amelia was only eight days old when she started experiencing seizures.  Her concerned mum, Sarah, took her to their local A and E, by which time Amelia’s condition had deteriorated so rapidly that she was taken away immediately by the resuscitation team to be stabilised.  She was given CT scans and an MRI in an effort to work out what was wrong and transferred to the Noah’s Ark Children’s Hospital for Wales later that night.

Amelia was diagnosed with the herpes virus, an unsafe swallow and calcification of the brain which was the cause of her seizures.  Despite trying several medications, Amelia’s seizures continued at a frighteningly regular rate, often triggered by the smallest stimulation. After being placed on a ketogenic diet, the seizures improved but Amelia’s condition remains extremely unstable and she makes frequent trips to the high dependency unit for support with her breathing. Sarah and Michael were recently given the devastating news that Amelia is unlikely to live beyond childhood and though the clinical team are doing all they can to get Amelia well enough to go home, she is some way off from that yet.

Sarah and Michael visit Amelia as much as they can but with a round trip that often takes two hours and two other children under five to care for, it’s tough. And though Covid rules around visitation have relaxed recently, visits by anyone other than parents or carers are only allowed in extenuating circumstances. Knowing of their situation, Amelia’s care team on Island ward had made special arrangements so that Kaitlyn (5) and Logan (3) could see their sister recently but on the day of their visit, Amelia’s condition deteriorated and she was taken to critical care.

Sarah says it’s hard to explain to the children why their little sister can’t come home and why they aren’t able to see her. They try their best to include them through frequent video calls and showing pictures but they’re still very confused and separate from Amelia’s life. 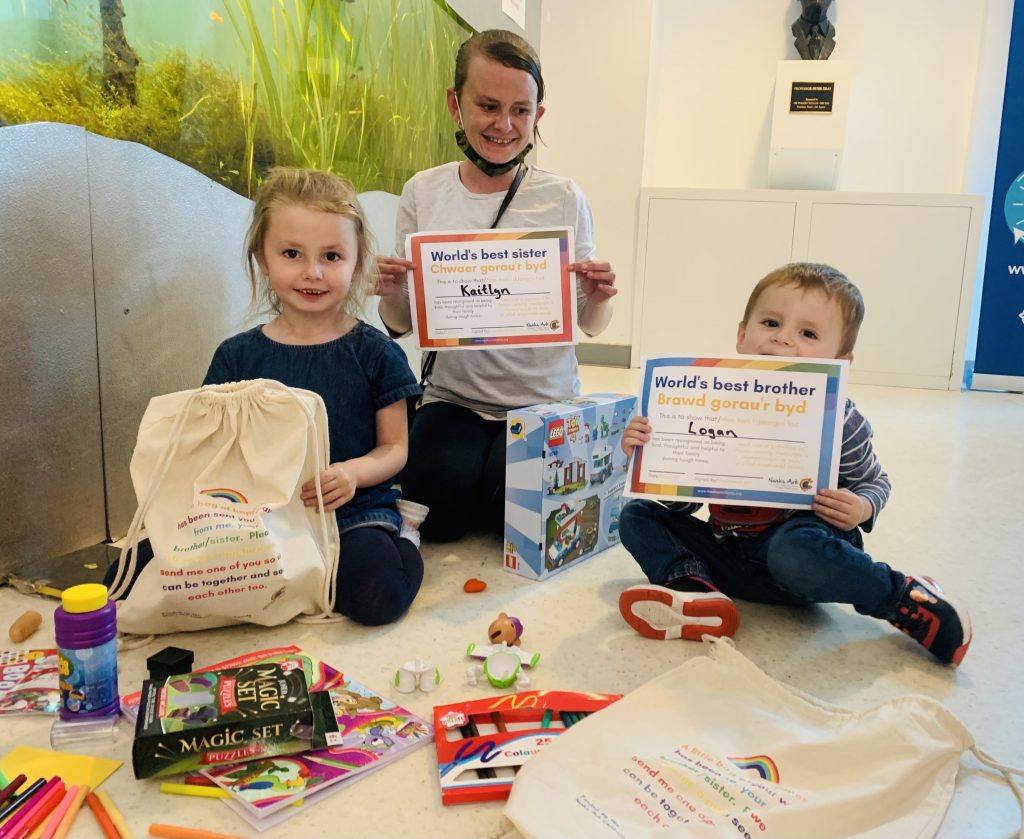 Situations like this are part of the reason why PCCU nurse, Emma Smith, developed the idea of sibling bags  – a package of activities to help children bond with their brother or sister during their time apart as well as some treats and a best brother/sister certificate to make them feel special.

Emma says:  “Family is the most special bond and being apart from that unit is unimaginable for our families. On PCCU this creates real difficulties, especially for siblings when their brother or sister is ill and they have been unable to visit due to ongoing restrictions. Family life has been turned upside down.  So, we had an idea – a sibling happy bag!

“We want to help brothers and sisters feel just as special and included in their sibling’s journey; to help them feel connected by giving them an opportunity to draw a picture and send a framed photograph of themselves for their sibling on PCCU. It’s a space where a brother or sister can just be themselves, feel special and important, and continue to do all that they can do during tough times.”

“I can’t thank supporters of the Noah’s Ark Charity enough for turning this idea into a reality by continuing to donate and raise funds for the hospital.”

Kaitlyn and Logan were the first children to receive PCCU children’s bag.

Sarah says: “Kaitlyn and Logan were so happy with their bags.  I can’t wait to put their special sibling certificates in frames for them and we’ll be making pictures and cards with the craft stuff to put around Amelia’s cot together this weekend.  Logan looked around the house for Amelia for a long time when she first went in to hospital and neither of them have been able to build a bond with her like they have with each other.  This is a really nice, child friendly way to make them feel part of Amelia’s life.”