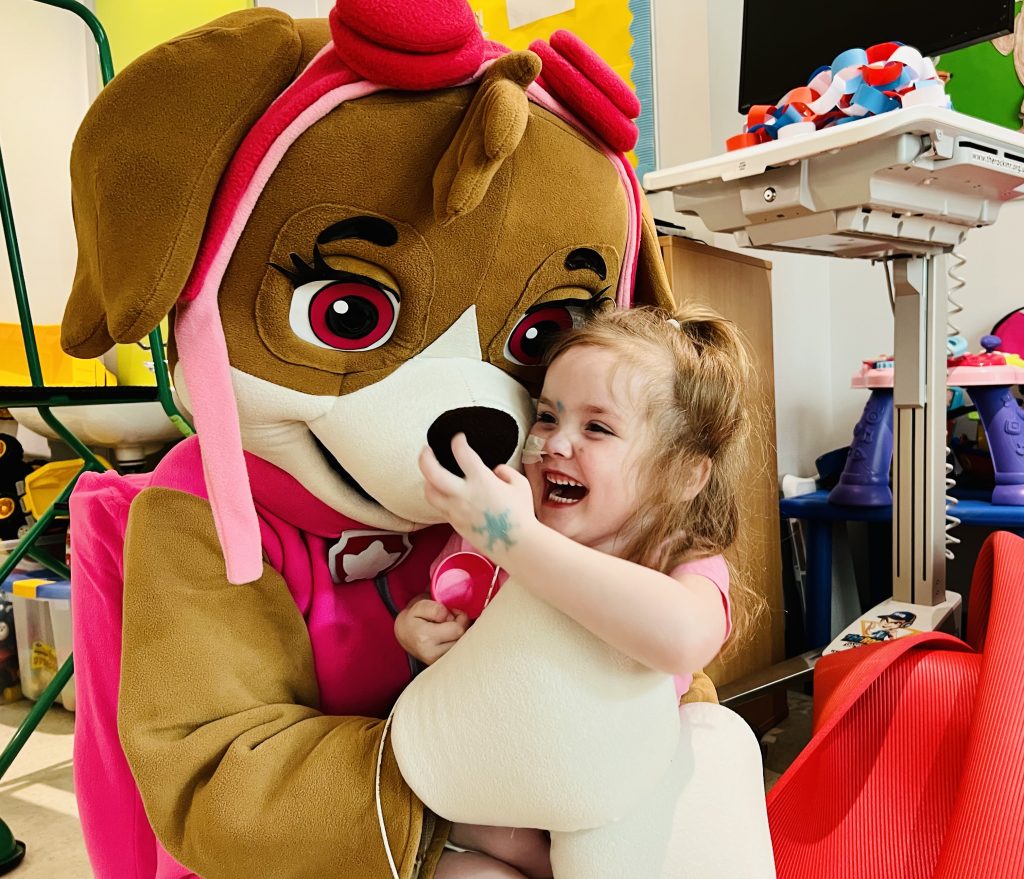 Four-year-old Bobbi is on the road to recovery after a series of seizures left her unable to talk or walk.
Bobbi from Swansea woke up one morning and was not her usual happy, chatty self. She wouldn’t walk downstairs and wasn’t talking very much at all which her family say was very unlike her. Later that evening, Bobbi had her first of several seizures and was rushed by ambulance to Morriston Hospital.

Bobbi went on to have five more seizures within just five minutes. She was put into a medically induced coma and transferred to the Noah’s Ark Children’s Hospital for Wales. After several tests including lumbar puncture, CT, and MRI scans, Bobbi was diagnosed with autoimmune encephalitis, a rare neurological condition causing inflammation of the brain. She spent just under a week on PCCU before being transferred on to Island ward where she is now undergoing a 12-week rehabilitation program.

Since coming on to Island ward Bobbi has come along leaps and bounds and is now sitting up, smiling, and, though she’s still unable to speak, has learnt to communicate in her own special way. Her personality shines through and she loves going to the sensory and playroom and receiving visits from Skye and Nico the therapy dog. With the support of the neuro rehab team, she’s beginning to regain strength in her legs and the team are confident Bobbi’s speech will also return.

Donations made by people like you help to fund life-saving equipment on PCCU where Bobbi spent her first few days. It funds the play specialist service who keep Bobbi happy and motivated and the sensory room on Island ward where Bobbi enjoys her physio sessions. Your support also makes it possible for the charity to arrange fun things for Bobbi like visits from therapy dog, Nico, and some of her favourite charachters.