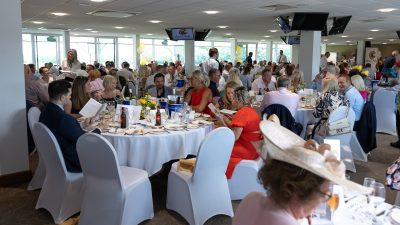 This year’s Royal Ascot Charity Day at Chepstow Racecourse set a record high in its fundraising in aid of the Noah’s Ark Children’s Hospital Charity. The 12th Royal Ascot Charity Day raised a remarkable £72,000, a new record for the popular annual event. Organised by the charity’s Vice Chair, Julie Hayward, the event hosted 300 guests. All enjoyed a three-course lunch, raffle, and live auction with incredible prizes including a brand-new Toyota Aygo donated by Chairman of the Noah’s Ark Charity, Eddie Hayward OBE.  A Wales Rugby World Cup trip to Bordeaux and a luxury London weekend break at the Langham Hotel were also among the prizes. This year’s event saw an additional £8,000 more than 2019’s incredible total. 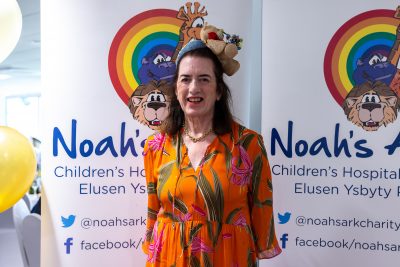 The incredible amount of money raised from this event will provide a much-welcomed boost to the Noah’s Ark Charity Jungle Ward Appeal which aims to raise £1 million to transform a ward within the hospital where children with complex medical conditions and young people in mental health crisis are cared for. The new ward will also be a place where children undergoing rehabilitation for brain injuries are cared for. 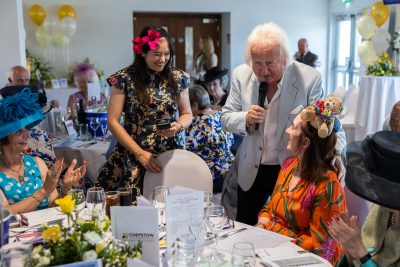 Director of the Noah’s Ark Charity, Suzanne Mainwaring, said: “After a three year pause due to Covid , the annual event truly came back with a bang, topping the event’s previous fundraising record by an additional £8,000! Our sincere thanks go to Chepstow Plant International and the Hayward family who have made this event a must for the guests who return year after year.  The generosity of auction prize contributors and bidders and all of those involved in staging the event has meant that our Jungle Ward Appeal to achieve the best facilities and environment possible has taken a big leap forward. We are especially thankful, given the turbulence of the last two years because of the pandemic.”

The charity wishes to say a special thank you to Chepstow Racecourse for its hospitality and to all those who attended the event and made it one for the books.

For more information about the Jungle Ward Appeal