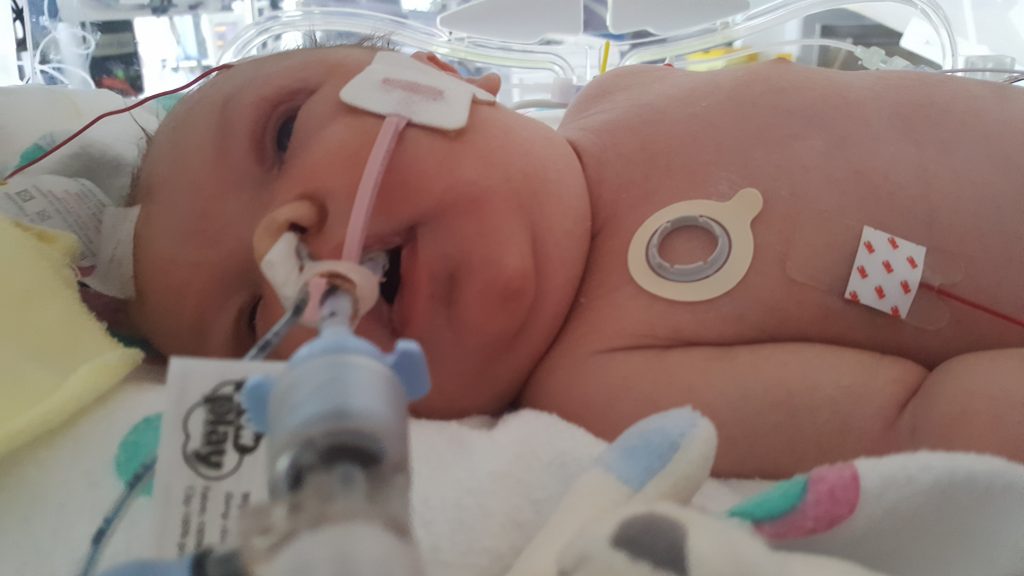 My son Freddie was born in June 2018.  Unfortunately, his birth was very traumatic and Freddie spent 25 days in NICU at UHW.

Unlike most NICU babies, Freddie was not premature, in fact he was 12 days late. My waters broke but contractions never came so I went in to be induced. Very soon after my admission, I was placed on the sepsis pathway due to high temperature and both myself and the baby had a fast heartbeat. We appeared to respond well to the medication so the planned induction went ahead. However, after hours of no contractions, my midwife felt something wasn’t right. The doctor came in just before midnight and agreed an emergency caesarean was needed.

I knew very quickly something was wrong.  The doctor delivering my baby said congratulations but the room was silent. I then heard the words no parent wants to hear – “Bleep the paeds crash team.” I lay there for nine minutes while they performed CPR on my baby who I hadn’t even seen yet. I had so many thoughts going through my head.  I kept apologising to my husband Mark, feeling an overwhelming guilt that this had happened.

After what felt like a lifetime, we were told that our son was breathing and was being taken to NICU. It was only at this point that we found out we had a boy. They brought him in an incubator for me to have a glimpse of him then wheeled him off. I was in shock. I didn’t know what to do or think. I knew about NICU, as my cousin and nieces both spent time there, but I naively thought NICU was only for prem babies.

Mark and my mother were able to go and see him briefly soon afterwards but I needed to recover so had to wait. My first proper look at my baby boy was a photo. My midwife was amazing and made sure I got to see him before her shift ended. I was still quite poorly myself so was reassured he was in good hands and told to get some sleep.

When we returned a couple of hours later we walked in to see him surrounded by doctors and nurses.  As soon as they saw us, a consultant asked to speak to us in the family room. He told us that our son had Hypoxic-ischaemic encephalopathy (HIE) where a baby’s brain does not receive enough oxygen and/or blood flow around the time of birth.  Our newborn son had had a big seizure and therefore needed to be put on a ventilator and receive cooling treatment.  As well as that he had suspected sepsis, suspected meningitis and meconium aspiration.We were told that the next 72 hours were crucial and that our baby may not survive.

I just sat there and silently cried. I remember going back to my room and saying to Mark: “We need to name him, our baby can’t die nameless.” We still don’t know where Freddie came from but that’s what we agreed on.

Those first 72 hours were so traumatic, watching him lying there; no movement, no crying, no opening of his eyes. Then, shortly after they stopped the cooling treatment and sedation he started to wake. I managed to catch the first time he opened his eyes on camera – it was the first time I allowed myself to have some hope. We thought this was the start of things getting better but Freddie was still having small seizures and he needed scans and more tests to determine the cause.

It was six days before Freddie was able to come out of the incubator for the first time.  He had too many wires and tubes attached for me to hold him properly so I had to make do with him lying on a pillow on my lap. I felt guilty because it was Father’s Day but it was such a task to move him (it took four nurses) Mark had to wait a couple more days to get his turn. Over the next couple of weeks I was able to start breastfeeding and Freddie graduated to high dependency, then low dependency and finally to the nursery. We were allowed to take him home 25 days after he arrived.

We were warned there could be long term damage from the HIE but at four and a half years old, Freddie has recovered fully and you would never know he had such a traumatic start to life. He’s met all of his milestones so far and was discharged from follow up a few months after his second birthday.

I had to remain in hospital for five days due to the sepsis and having a caesarean and I used to go back to my room to have my medication and try to sleep. It was so hard hearing other new mothers with their babies when I couldn’t have mine. I used to sit in my room and cry, I was racked with guilt and self-blame that this was somehow my fault. I felt hopeless and useless as a mother as I had to rely on others to look after my son. I couldn’t hold him or feed him myself, I was sleep deprived, not eating properly and spent every possible minute at Freddie’s side. I had to witness him having intrusive procedures and sit with the knowledge that there was nothing I could do to ease his suffering. My father had died just a few months before I found out I was pregnant so I was also sti1ll grieving for him. 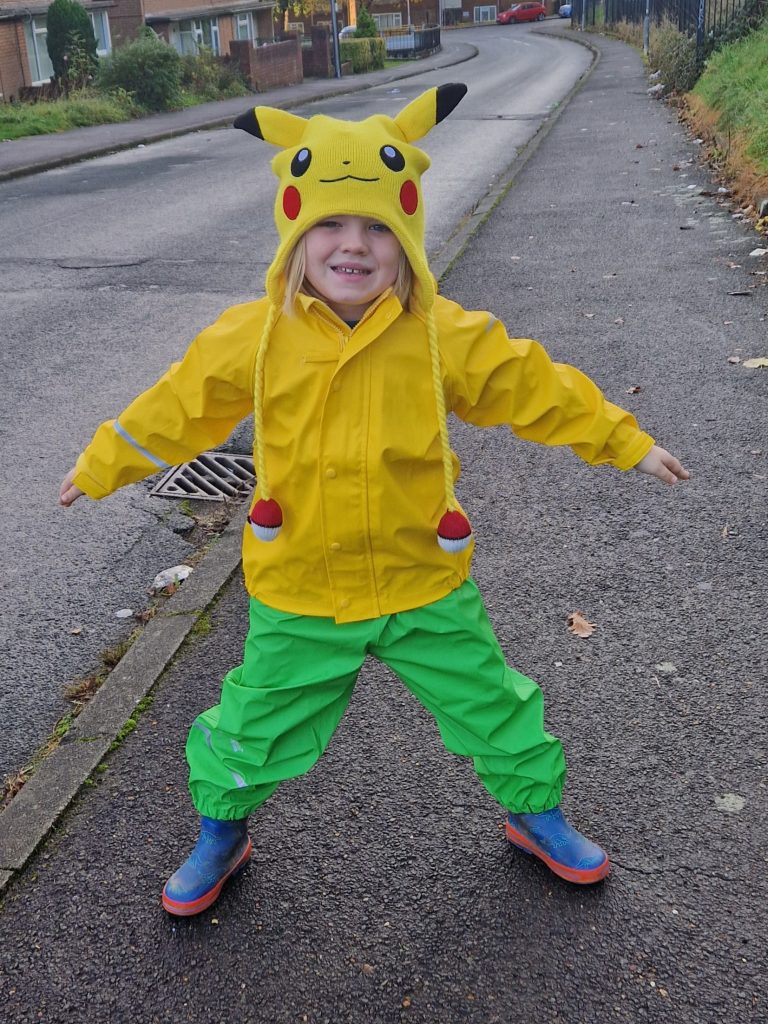 I have amazing friends and family but, as a mental health professional myself, I’m used to being the strong one who looks after everyone else so don’t tend to talk about my emotional wellbeing and needs. I believed I needed to be strong and optimistic for everyone else. Every member of staff we encountered were amazing and the care they gave to Freddie saved his life and we couldn’t be more grateful. They provided us with lots of information, but they were not in a position to support us emotionally, nor would I want them to as I wanted them to focus on Freddie. Therefore, despite the support around me, I felt isolated with my fears and guilt.

If I had someone, who was not emotionally involved, to talk to about how I was feeling, I believe it would have made a significant difference to my emotional wellbeing both at the time and since Freddie’s time in NICU. I likely would have looked after myself better and therefore healed physically quicker too. I still experience flashbacks and am a very anxious mother on times and I think this could have been different if I had help to process all of this as it was happening.

It’s great to hear that this type of support is now available to families going through the NICU experience and I hope the funding for this continues and is extended throughout Noah’s Ark as it is essential parents are supported during such a traumatic time.

The Noah’s Ark Charity has set up an appeal to broaden emotional support services across the children’s hospital.