For Diane and her family, Jungle ward is a second home. All four of her children suffer from conditions that mean weekly outpatient appointments and regular admissions to the ward – often for long periods. Between them, it’s not uncommon to have several outpatients appointments in a day and several long stays in hospital within a year. So for the Deanes, normal family life is pretty much impossible. 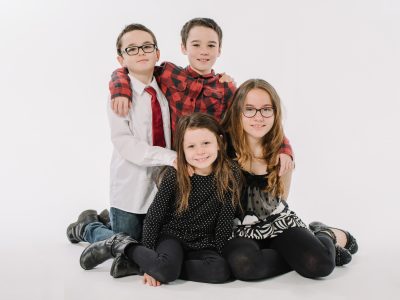 Chiara, who’s now 17, Alex, 15, Ozzy, 13 and Rylee 12, suffer from a range of complex conditions. The two youngest have mastocytosis caused by an excess build-up of cells in the body’s tissues. For both children the condition results in severe, potentially life threatening allergic reactions while Rylee also suffers from bladder dysfunction which means that, at just ten-years-old she had to learn to self-catheterise. Both Ozzy and his big sister Chiara have autism and tourettes. Chiara was admitted on to Jungle ward ten times between 2017 and 2018 alone, mainly with bowel complications but once as a result of self-harm. In January of this year, 13-year-old Alex was admitted on to Jungle ward with suspected meningitis. Although the tests came back negative, many of his symptoms are ongoing. He has since been diagnosed with ME and visits the children’s hospital regularly for outpatient appointments and for physiotherapy to strengthen his muscles.

Diane says that she probably spends more time at the hospital than away from it. In 2018 for example, Rylee was a patient on Jungle ward for two months. Only two weeks after returning home, Diane was back in again, this time with Chiara, and then returned again some time later with Ozzy. When we first spoke with Diane, her and Rylee had just got home after a period on Jungle ward for Rylee to learn to self-catheterise, but when we spoke again only a short time later, she had been admitted back in as an emergency. 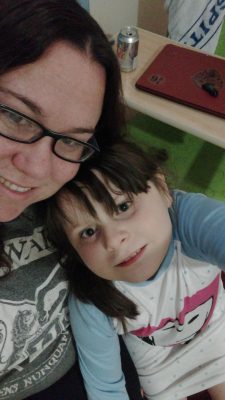 Diane admits that life can be tough and as a family they often have to make hard decisions. Both parents are now full time carers to their children and it’s almost impossible for them to plan anything like holidays or time together as a family. But despite this, like so many of the families we meet, Diane and Craig take life in their stride, focussing on the needs of their family and facing each day as it comes. They say they’re extremely grateful to live so close to the children’s hospital and are indebted to, what Diane refers to as ‘the brilliant care delivered by the fantastic staff’.

As regular stayers, the Deanes know only too well what benefits the new Jungle Ward Appeal will bring to families like theirs. The appeal will fund the re-design of the ward, creating bigger rooms where parents can sleep comfortably alongside their children and families can spend time together when possible. It will fund fully accessible on suite bathrooms, giving children who have incontinence issues like Rylee the dignity and privacy they deserve while keeping children with low immunity or allergies safer. 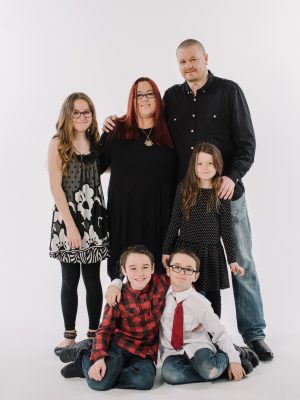 Diane says: “We’ve spent time on a few of the other newer wards at the hospital, especially since Covid hit and Jungle ward was closed for a period.  The differences are huge. It will be great to have a sensory room like they have on Island ward for the younger and complex needs children and somewhere for older kids like ours to go away from their rooms to relax and have fun. For parents too, somewhere to go to make some proper food or just sit for a while and relax will be brilliant.

“They sound like small things but I think any parent who’s had a stay in hospital with their child will understand. Nothing takes away the feeling of watching your child uncomfortable or in pain but it’s at times like that, when all the little things that make life a bit easier or feel more normal, really make a difference. A good night’s sleep, having somewhere were your children can enjoy being the kids that they still are, a space to make some proper food and the ability to spend a bit of time all together, would be huge for Jungle ward families.”