loading...
The road to rehabilitation and recovery.
Ffion had just come back from a three day outdoor pursuits trip with her school the weekend she fell ill. Despite clearly having had a brilliant time, she complained of feeling ill and shivery which her parents put down to a cold. 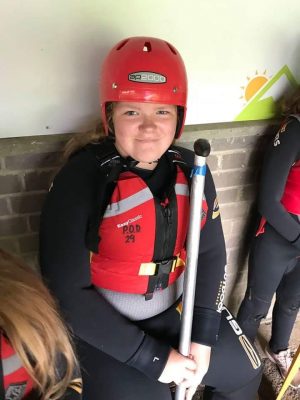 But by the Sunday, Ffion was vomiting and complaining of severe headaches so on the advice of their GP, Leigh and James took her to their local A&E where she was diagnosed with gastroenteritis and sent home to rest. But Ffion just got worse.
Back at A&E and with Ffion now drifting between semi-consciousness and extreme agitation, Ffion was admitted and given a CT scan which revealed a swelling on her brain. She was rushed to the paediatric intensive care unit here at the Noah’s Ark Children’s Hospital for Wales where she began treatment for encephalitis. She responded well and within a week her condition was stable enough to move down to Jungle ward. But none of the Ffion her parents knew was there. 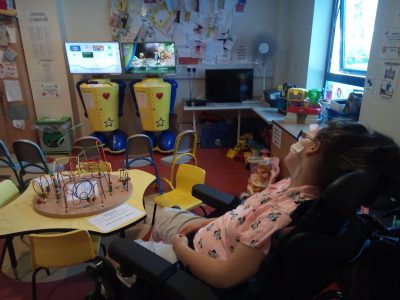 James says: “Our daughter was there physically which, after what she’d been through was a huge relief, but there was nothing else. She would wake and be put in her chair and that’s how she’d stay all day, void of any expression, just staring in to space.”
Six long weeks after arriving on Jungle ward, Leigh and James were taken aside and told by doctors that Ffion’s condition may now not never improve. But strangely, from that point on, it did. One afternoon Leigh noticed that Ffion’s eyes were tracking her across the room. She started reacting to her surroundings and only a few days later began mouthing words. Leigh says: “I’ll never forget walking on to the ward that Sunday morning and seeing the excitement on the nurses’ faces. They couldn’t wait to tell us that randomly, in the middle of the night, Ffion had started shouting for the TV to be put on!”
Despite the huge improvements in Ffion, she still had a huge and difficult journey ahead of her. The once fiercely independent and active 12-year-old was now dependent on her parents for everything. Leigh and James say it was like having a baby again. Ffion began a rigorous 12 week neuro rehabilitation programme which included physiotherapy, occupational health and speech and language therapy. With that support, Ffion slowly began to regain her speech and movement and with it, a bit of her independence. 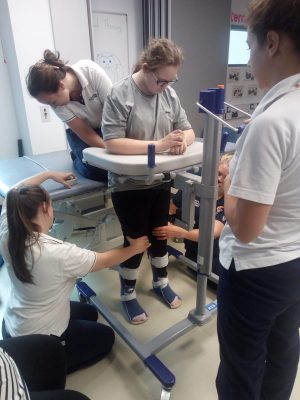 Leigh says: “The neuro rehab team were brilliant. They spent time with Ffion in the hydrotherapy pool, taught her to navigate steps and pavements in the garden and even took her to the local fruit stall to practice her life skills. She had everything thrown at her in that 12 weeks but she took it all in her stride.”
After 4 months on Jungle ward, Ffion was finally able to go home. She still faces huge challenges on a daily basis but despite being a different child to the one she was, her parents are hugely grateful for the one they now have. It’s impossible to say whether she will make a full recovery but Ffion is making progress all the time.
James says: “We can’t fault the care Ffion received while she was on Jungle ward and the staff there do a great job with what they have. But for us and many of the other families there, the stays are long and difficult. Having new equipment and facilities through the Jungle ward Appeal will help make life so much better during massively difficult times.
“It’s a world we knew nothing about before last year but we unfortunately know now that neurological injuries like Ffion’s can be devastating and take a huge amount of specialist intervention to treat. We’re delighted that through this appeal, Jungle ward will soon have purpose built rehabilitation facilities that will give children like our daughter the best possible chance at a normal life again.”