Luca was just four months old when he was diagnosed with an inoperable grade t spinal cord tumour. Though born seemingly healthy, his mum Rebecca noticed at a few weeks old that Luca wasn’t moving his left arm and they were referred quickly to the local hospital by their GP for further investigation. 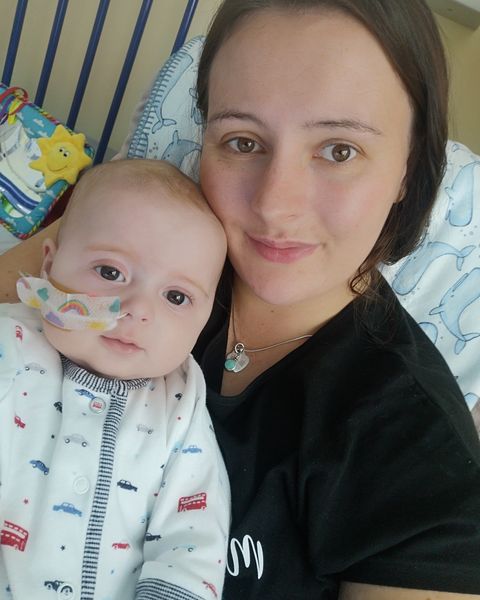 Rebecca says: “They thought he had a fracture at first but when the X-Rays came back, there was no sign of a break. We were kept in overnight and after further tests the following day, I was told Luca had erb’s palsy – a condition affecting the nerves in the neck that control arm movement. The doctors thought that the damage might have happened at Luca’s birth by c-section.

“We did some physio sessions online which helped Luca regain some movement in his arm and then at four months old, we went to Leeds for surgery to fix the nerves in his neck. The MRI was supposed to last around an hour but three hours later, he still wasn’t back.

When the team finally came to see me, they told me they’d found a tumour and that we needed to be transferred to the Noah’s Ark Children’s Hospital by ambulance. The paediatric oncologist sat me down and told me that the tumour couldn’t be operated on. I was devastated and I was on my own because only one parent was allowed in the hospital with Luca at a time. I had to ring his dad, who was driving home when he got the call.

“We were blue lighted to the Noah’s Ark Children’s Hospital for Wales where we spent three weeks. Luca had a biopsy and had to have a hickman line inserted and we were then moved to Rainbow ward to begin chemotherapy. But after only one dose of chemotherapy, Luca suffered a seizure. We were told that the tumour had grown in all directions and that we needed to prepare for the worst – the most devastating thing any family could hear.  We took him home thinking we were about to lose him.”

But despite odds that seemed so cruelly stacked against him, Luca is now 22 months old and is about to celebrate his first proper Christmas at home with his family.  Luca and big brother, Zac, were even invited to be very special guests on Santa’s sleigh at the turning on of the Christmas lights in their hometown of Tregaron. 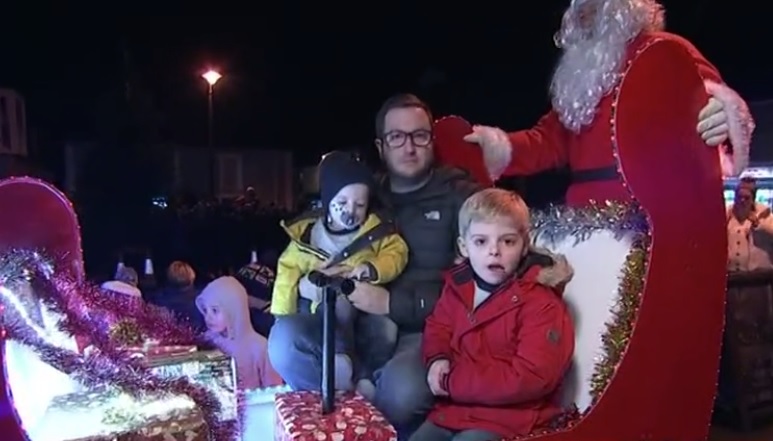 Rebecca continues: “Luca is incredible and takes everything in his stride, doing everything his own way. Four months ago, he began Larotrectinib a targeted drug and is the first person in Wales to receive this medication. We didn’t know if it would help but were willing to try it and I’m glad we did because it’s working for him. It’s meant that we’ve been able to enjoy the lead up to Christmas we missed out on last year.

“The community where we live have been so supportive throughout Luca’s life and we’re so grateful to them. The whole evening was so magical, and the boys loved it. Not only did the children get to meet Father Christmas, but a few days later they also got to send their Santa letters to the North Pole which, again, was so special.

“After what has been an emotional and heart wrenching journey, we’re finally going to be home together for Christmas and I wanted to thank the staff and play specialists on Owl and Rainbow wards who have helped us more than they will ever know, especially during those critical days after Luca’s biopsy. Without their support I would have crumbled. Alone and terrified of what was ahead, these wonderful people supported Luca and I no end. I will forever be grateful for what they do.”