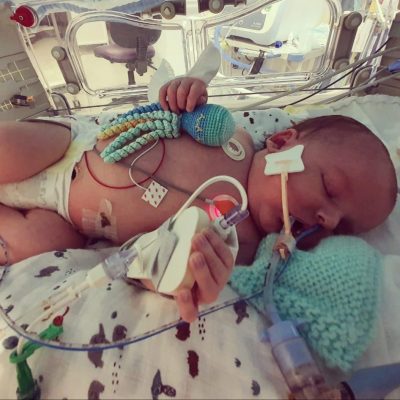 Two-year-old Lwcasz was given a 50% chance of survival. At his mum’s 20-week scan, Lwcasz was diagnosed with a life-threatening birth defect called congenital diaphragmatic hernia (CDH). It was news that first time mum, Katinka, received alone as Covid-19 restrictions at the time meant that her husband, Stephen, could not be with her.

CDH develops inside the womb when a hole in the diaphragm causes organs inside the abdomen to move upward into the chest cavity. When Lwcasz was born, both his intestines and stomach were in his chest, putting incredible pressure on his heart and lungs.

From the moment of diagnosis, Katinka’s pregnancy was monitored carefully by the foetal medicine clinics in Bristol and at Noah’s Ark. At her first appointment with a CDH specialist in Cardiff, Katinka was relieved to hear that her baby was being put under the care of Noah’s Ark consultant paediatric surgeon, Olly Jackson.

Katinka said: “Hearing the glowing feedback about Mr Jackson was such a relief. It was the first sign of hope after the shock diagnosis at our 20-week scan, we had been given the option to terminate the pregnancy as the chances of survival were so low.

“When we first met Dr Jackson, he offered his condolences on the diagnosis which was so amazing and respectful. It felt to us that he really understood that we were mourning the pregnancy we thought we would have.” 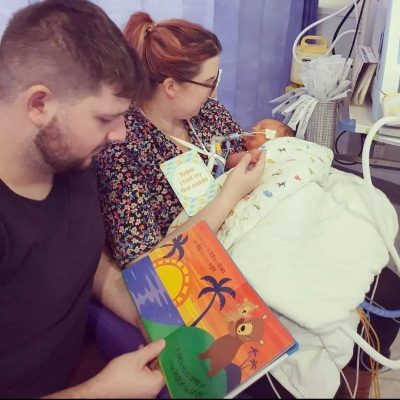 Lwcasz was born on the 11th of November 2020 via planned C-section with 17 member of hospital staff present for the birth. Lwcasz needed immediate resuscitation and was rushed off to the NICU to be intubated. To get the best chance of repairing the hole in Lwzasz’s diaphragm, Mr Jackson needed to repair it before he was able to breathe on his own.

At just two-days-old Lwcasz underwent a seven-hour procedure to close the hole with a GORE-TEX soft tissue patch as the hole was too big to suture. The procedure was a success, but during his recovery, Lwcasz developed sepsis and needed a blood transfusion. Katinka couldn’t hold her new baby until he was five days old.

As CDH is such a life-threatening condition that effects so many internal organs, it takes an incredible effort from a number of medical disciplines to care for Lwcasz. In just the first few months of his life, a multidisciplinary team of NICU nurses and doctors, surgeons, theatre staff, anaesthetists, porters and a respiratory team were all involved in Lwcasz’s care. All made possible thanks to the fact that each of these teams are housed under one roof here at the Noah’s Ark Children’s Hospital for Wales. 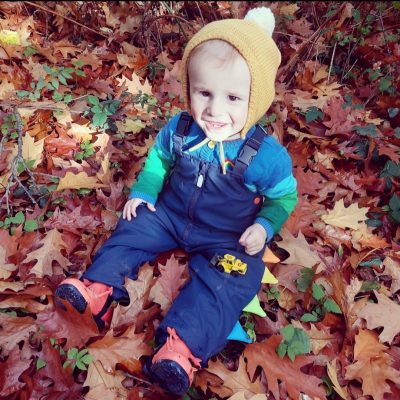 Lwcasz spent 76 days in hospital until he was finally well enough to be weaned off his ventilator and go home. He remains under the care of Mr Jackson and has three monthly appointments at the children’s hospital and X-rays every six months to make sure that the patch is still doing its job. As Lwcasz’s condition also resulted in a weakened respiratory system, he’s also more prone to conditions like bronchiolitis and pneumonia so is admitted quite frequently on to Island ward for treatment.

Katinka said: “The care we have received from everyone at Noah’s Ark has been beautiful. They have cared for the whole family as well as Lwcasz. They are always there to offer so much support to us. We have always had the most amazing care here.

“Lwcasz is now a very very lively almost two-year-old. We never know what he’s going to do next. He loves mountain walking and is so sociable and loves everyone.”