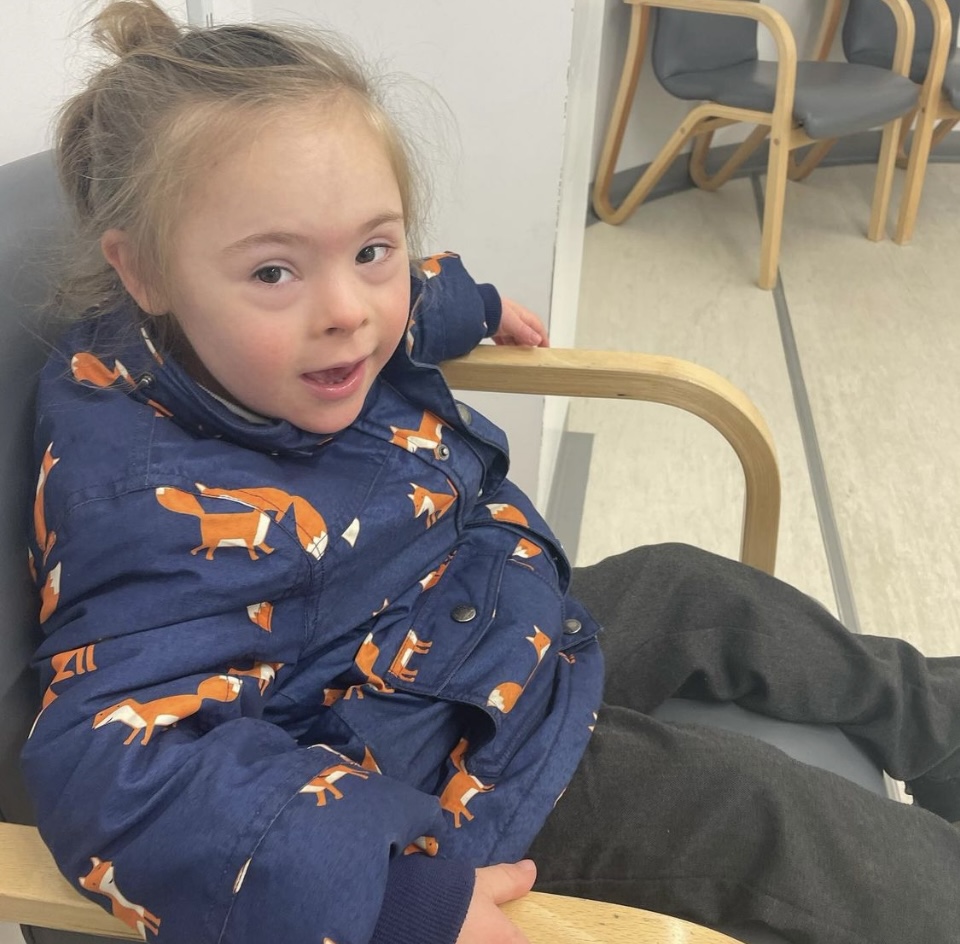 Nearly one in every 100 children are born with a congenital heart defect.  That number rises to around 50 in 100 for children with Downs Syndrome. Theo was born with three.

Mum, Yas, wasn’t told that her son had Downs Syndrome until he was five hours old, though she says she had sensed something was different within minutes.  Although born 37 weeks term, Theo was a smaller than average at 5.8lb at birth and his skin was dappled and red.

Suspecting Down syndrome, Theo was taken to the nearest special care baby unit but was deemed well enough to go home after just a week.  Yas left hospital in a daze knowing that she had a lot to learn quickly in order to be able to support her little boy.

At two-months-old, Theo was rushed back into hospital with suspected bronchiolitis. After a week with no improvement, Yas knew that something more complex was going on and she contacted the cardiac unit at the Noah’s Ark Children’s Hospital who agreed to assess him.  An ambulance was sent to pick Theo up and within a week on Pelican ward Yas was told that her son was in heart failure. 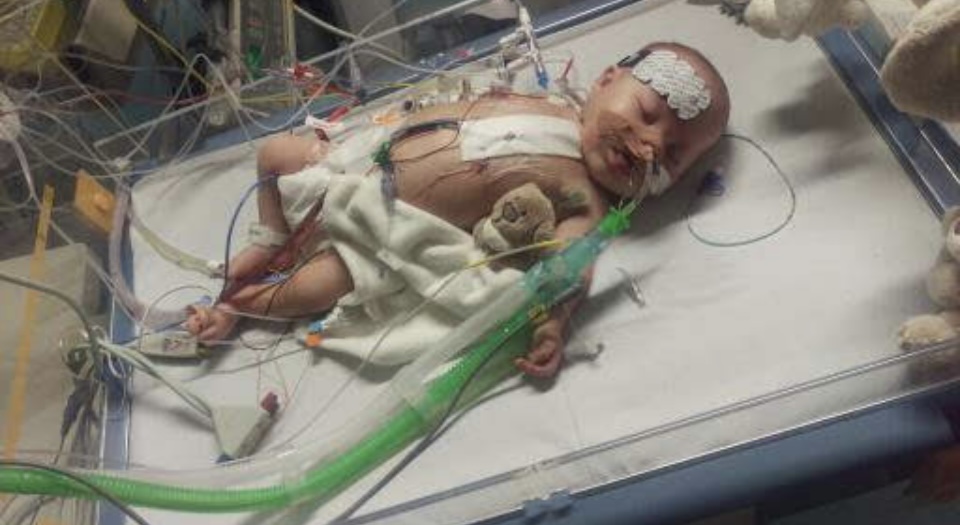 Yas says: “Theo was taken to the high dependency unit and put on CPAP, a form of non-invasive ventilation, to support his breathing.  But he was distressed and nothing we tried, from swaddling to sedation, would calm him down. His stress levels were making the heart failure worse and eventually there was no other option but to take him to intensive care and put him on a ventilator. He even resisted that so his levels of sedation had to be increased yet again in order to give his heart the rest it needed.”

Theo was diagnosed with an atrioventricular septal defect (AVSD) and two kinds of holes in his heart, a patent ductus arteriosus (PDA) and a patent foramen ovale (PFO).  His heart was pumping blood into his lungs which was what was causing his breathing difficulties and his heart was working overtime to keep going. Theo’s only chance of survival was an operation at a children’s hospital with cardiac specialists, but he was considered too small and too unstable for the surgery to go ahead.  Yas was told that her son needed time to grow but as his condition continued to deteriorate, she knew that Theo couldn’t wait.  Eventually, after a great deal of desperate campaigning by Yas, the operation was given the go ahead and Theo went to Bristol for surgery. 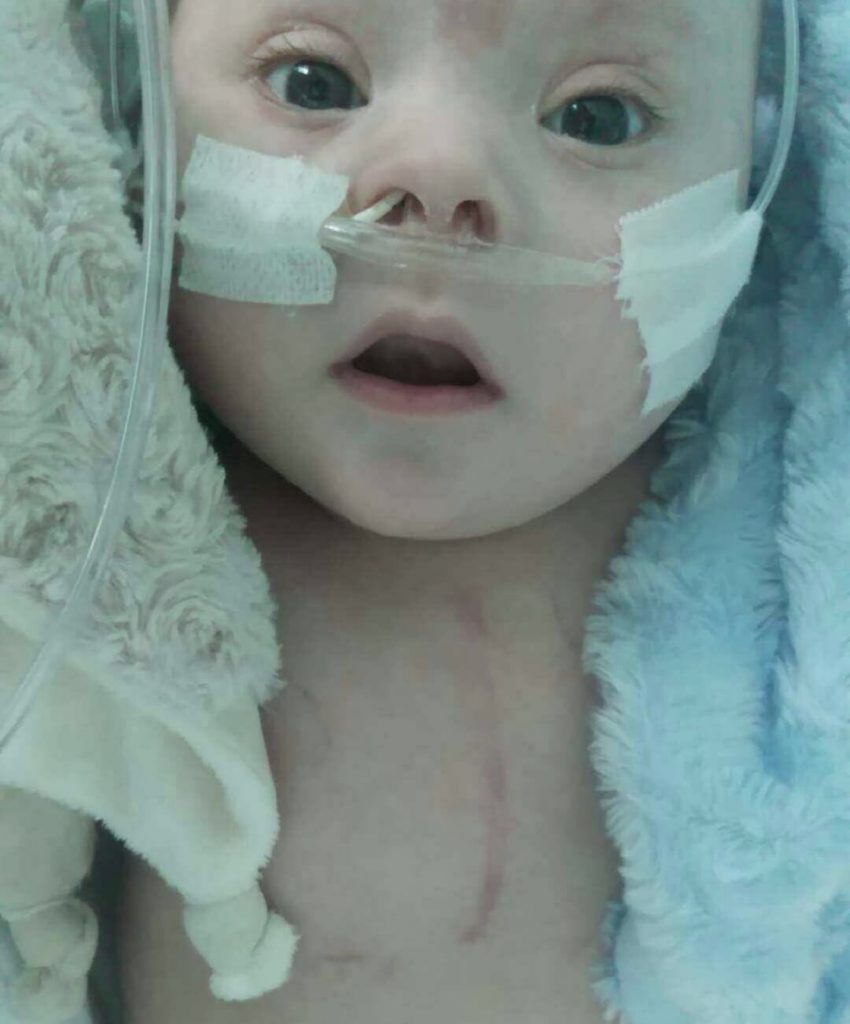 Despite only being given a 50% chance of getting through the surgery, the operation was a success and within just a week, mother and son were back on Pelican ward where their Noah’s Ark journey had begun.

Yas says: “The children’s hospital had become a second home to us and I’d really missed the support of the familiar faces while we’d been away. The Noah’s Ark team had gotten used to conversing with me with any queries I had and it was such a relief to be back with the people who knew Theo and were able to explain everything to me clearly.”

After his discharge from hospital Theo did return to Noah’s Ark frequently with infections.  Further investigations eventually diagnose a narrowing of his airway as the cause and at the age of two Theo underwent a series operations at Noah’s Ark to correct the issue. Thankfully, Theo hasn’t been admitted to hospital since and is now a pupil at his local mainstream school where he’s very much loved by his teachers and fellow classmates. 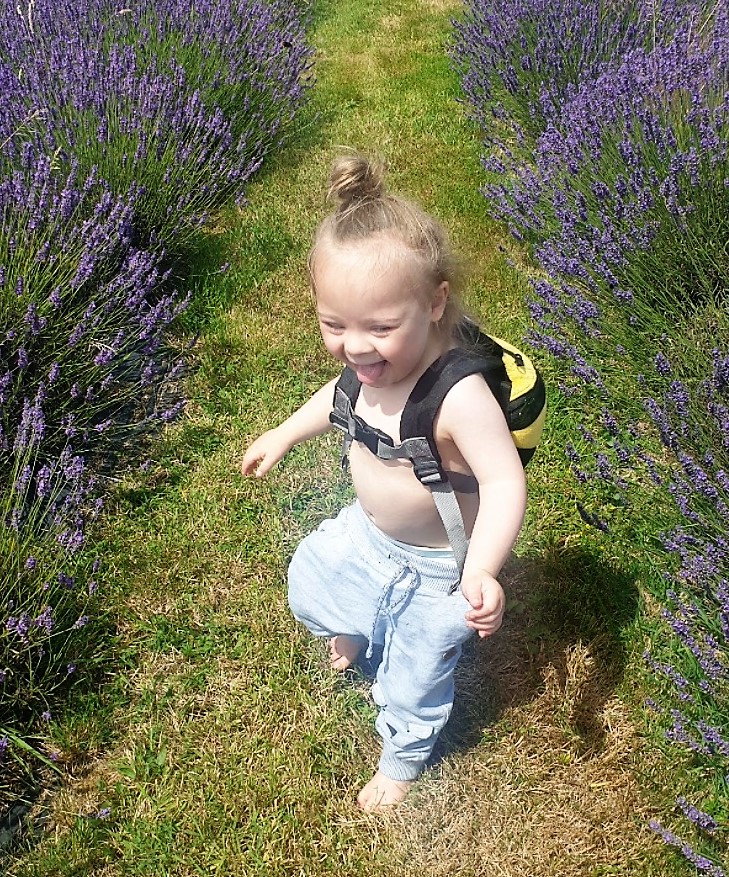 Yas says: “Theo is full of energy and loves being outdoors and with animals. He is coming along with his speech and is learning to count to 20 as he loves math and is great at reading numbers. He is very family oriented and enjoys music, such as people singing to him. In 2018 he got to attend my graduation with me which I continued during his stays in hospital. We often celebrate the smaller things others may take for granted, such as going up and down the stairs unassisted. This is because he has a condition called hypotonia and it makes it a lot harder to do easier tasks. His biggest accomplishment, to me, is being able to enjoy everyday life which wouldn’t have been possible without his cardiac surgery.”

Theo continues to visit the Noah’s Ark Children’s Hospital for his outpatient checks.  Yas continues: “Theo loves his children’s hospital and I wouldn’t want him to be cared for anywhere else.  We’re still seen by a variety of specialisms like ophthalmology, cardiac and respiratory and it’s so good to have it all under one roof in a place that feels safe and familiar.  I’ll never forget the incredible effort the team on PICCU made to keep Theo alive while we waited for his surgery. Having experienced time at a different ITU, I can say that, for me, there’s no comparison.”