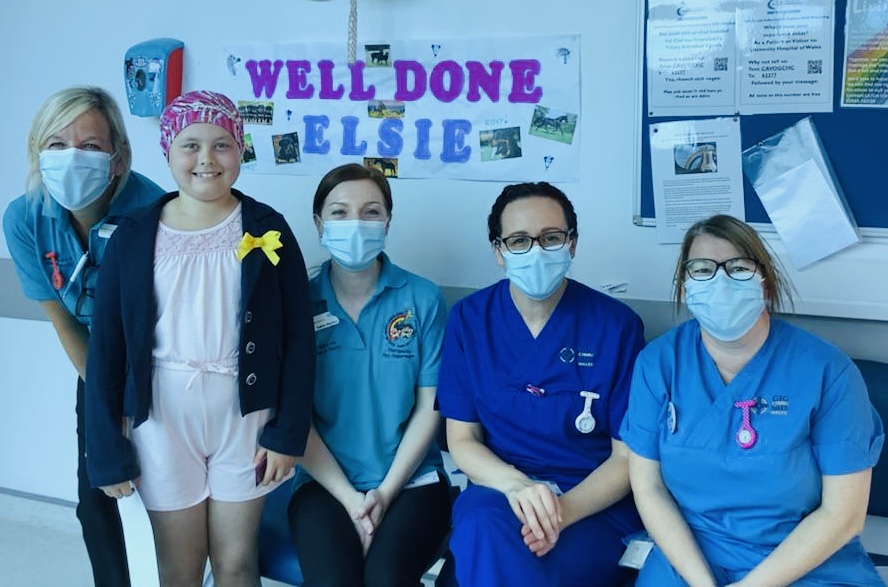 On the 30th of April last year, 11-year-old Elsie was diagnosed with Hodgkinson’s lymphoma. This 30th of April, she’ll be traversing over Hurwain at speeds of 45 miles an hour – all in aid of the hospital that made her better.

Elsie was bought to the Noah’s Ark Children’s Hospital for Wales from her home in Dryslwyn, Carmarthen, shortly after her diagnosis and within days had embarked on a four month course of chemotherapy treatment.

Thankfully, by September, Elsie was given the all clear and she returned to the children’s hospital earlier this month to ring the end of treatment bell.  But the last year has been a real rollercoaster of a ride for the family, who say they are only now coming to terms with what happened.

Mum, Elaine, says: “Elsie’s diagnosis came as a total shock to us and from the moment we were told, everything felt like it was happening at a million miles a minute. The children’s hospital was amazing though and as a family we don’t have enough good words to say about the team there.”

The Dryslwyn community has also been a huge support to the family since Elsie’s diagnosis.  The local Young Farmers Association, of which Elsie and her two older brothers are members, recently raised £1,000 for the Noah’s Ark Charity by singing carols at Christmas time.  With life slowly returning to normal after treatment, the family of five decided that they wanted to do something personally to say thank you too.

Elaine continues: “It was incredibly tough to see Elsie going through treatment, but we also realise how lucky we are to be at this stage now, particularly having seen for ourselves how much harder it can be for Noah’s Ark families.  We wanted to do something to help so when we saw that the Noah’s Ark Charity Zipline challenge takes place a year to the day since Elsie’s diagnosis, it felt like the perfect thing to do.”

Your support helps children like Elsie through funding family support services like the play specialist team and our Sparkle fund. You also helped to fund the MRI scanner and paediatric theatre suites where oncology patients are monitored and receive treatment. Most recently you have helped us fund new VR technology to help lessen anxiety for children during difficult procedures.

To help more children like Elsie, why not join her on 30 April by signing up to our Zipline challenge?  Click here for more info.