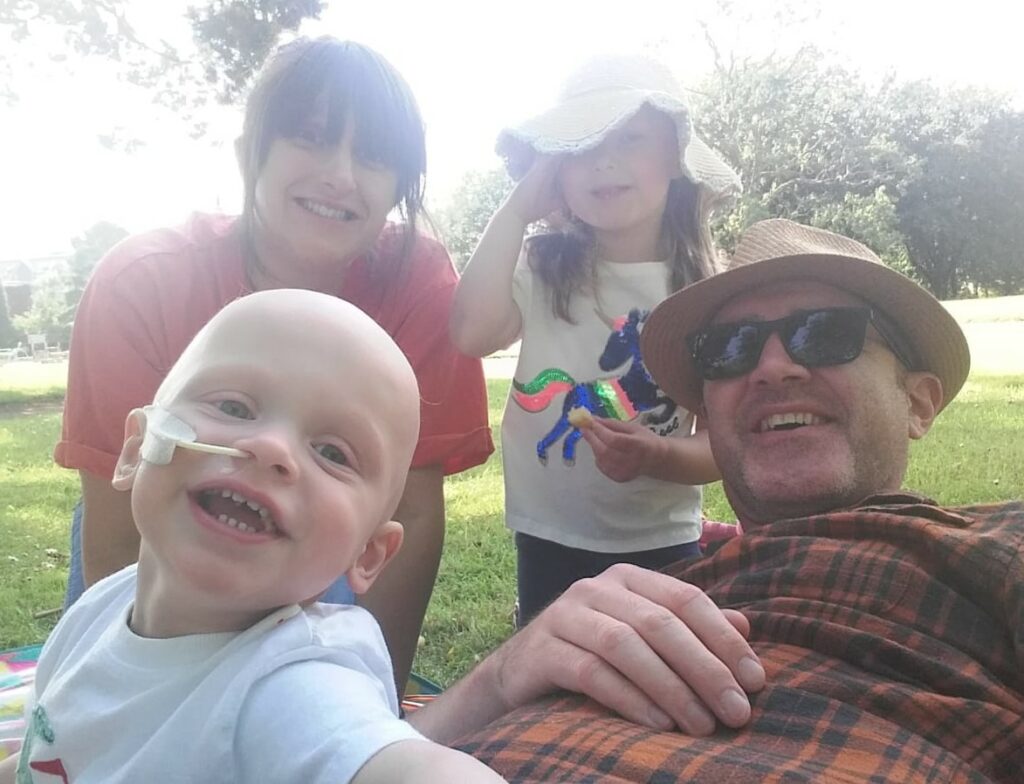 The 23rd of March 2020 will be remembered by most of us as the day that the first lockdown was announced and the world suddenly felt very different. Everything changed for Imogen and Romano too but for a very different reason.

On that same day, they received the news that their one -year-old son, Joey, was to begin treatment for cancer.

Imogen and Romano had been worried about Joey’s breathing for quite some time and made ten trips to the local surgery in the months leading up to his diagnosis. Despite that, with such a young child, the word cancer was far from their thoughts.

One day, suffering from what seemed to be a stubborn chest infection, Joey collapsed while crawling in the lounge at home. At the local hospital he was finally given an X-ray which revealed a mass on his lungs. The following day, not knowing what had hit them, the family were moved to the Noah’s Ark Children’s Hospital where little Joey spent two weeks undergoing tests. On the 18th of February, he was taken to Alder Hey in Liverpool for an operation to remove the mass.

Imogen says: “We still didn’t know what was wrong with Joey at that point but when he woke up after the surgery he was like a different baby. He must have been in so much pain before so had never had much of an appetite. But the morning he came round after the operation he ate a full proper breakfast! Though cancer had been mentioned as a possibility at this point, it was so low down on the list that we felt reassured it was something more straightforward.

We went home to await the result but we were happy. He was eating and putting on weight and we thought he was fixed.”

A month later, on day that lockdown was announced, Imogen and Romano received the frightening news. Joey had pulmonary blastoma, a form of childhood cancer that was so rare that when they searched for more information online, they couldn’t find any. 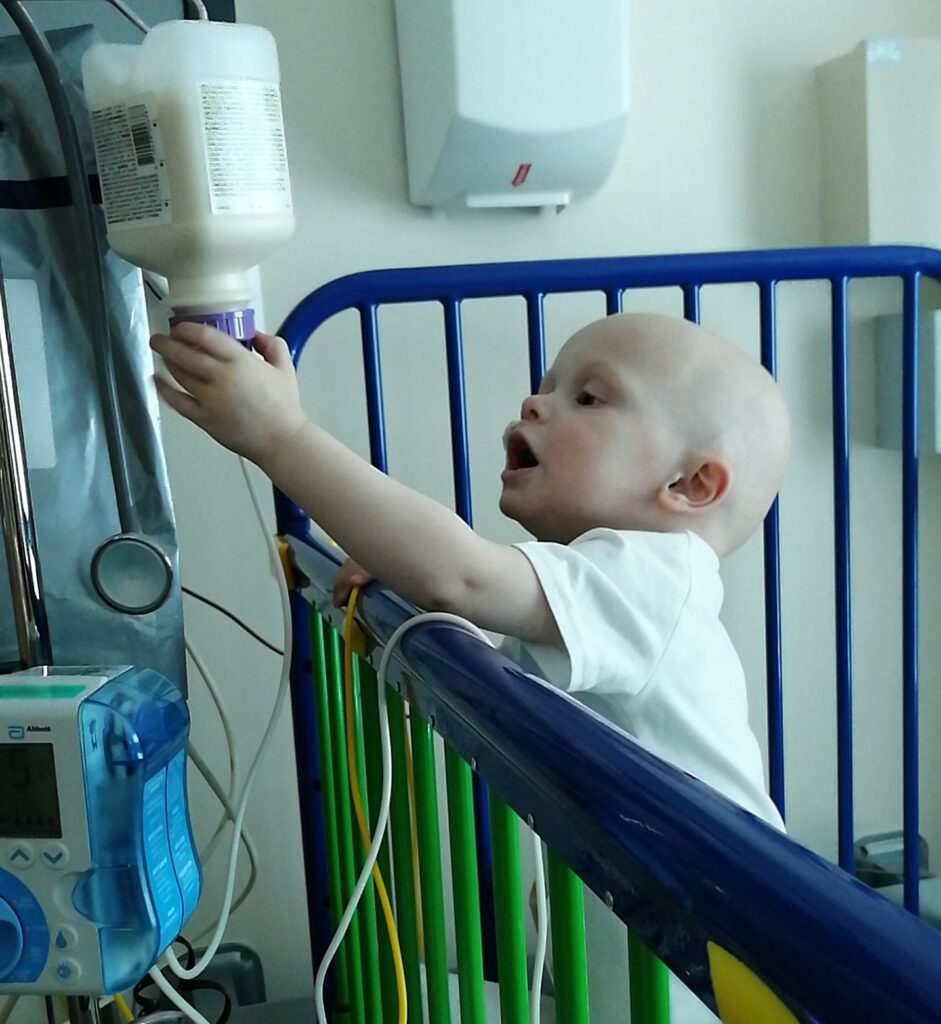 Within a week, baby Joey’s hickman line was in place and he started chemotherapy. As the condition was so rare, the clinical team at Noah’s Ark were in regular contact with colleagues in America to plan out the best treatment pathway.

Imogen says: “I can’t really describe the fear I felt in those early days but somehow as a parent something just clicks in your head. We realised that we had a choice – to be negative or soldier on and get it done, which is what we did. I think a part of my brain just shut off though. To cope I had to focus completely on Joey so I deleted social media and stopped texting people.

“Between chemo cycles we’d take Joey home to try and have a normal family life with his sister, Esta, who was only three when it all started. But I quickly realised that I couldn’t be a normal mum anymore.

Everything had to centre around the chemo sessions and the time at home was actually quite stressful because we were worried about the next round or that Joey would develop an infection and need to be admitted urgently. It felt strange that the everyone was sharing this experience of a global crisis but that we were somehow detached from it, in a crisis all of our own.”

Joey underwent chemotherapy for 10 months and completed his treatment in December 2020. Though he will continue to be monitored at the children’s hospital throughout his childhood, the indications so far are very positive. 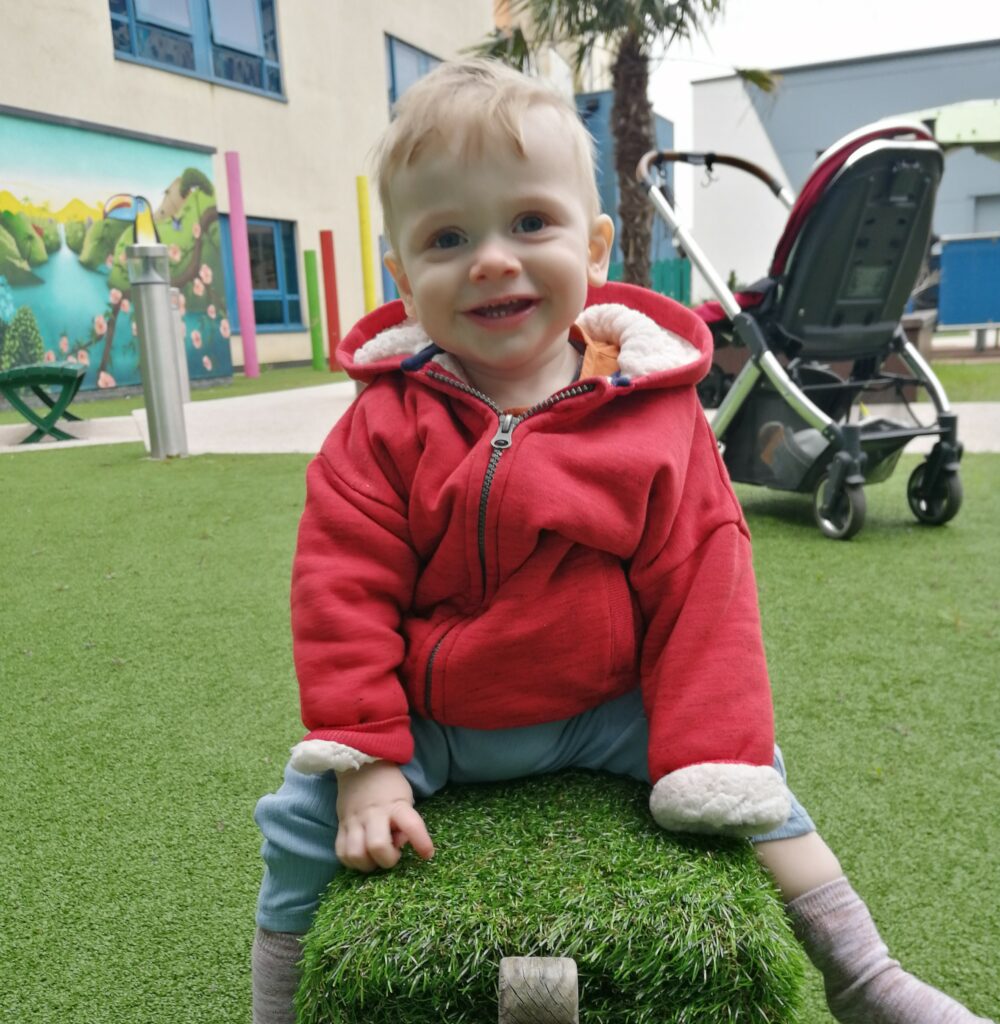 Despite the obvious huge relief, Imogen admits she felt a little lost at first and with more time to process what had happened, had started to feel low.

Imogen says: “Our experience with Joe opened us up to a world that we’ll never now forget. Rainbow ward is an incredible place filled with wonderful people and every parent on there is doing their best to soldier through. But it’s so hard. It puts life in perspective and makes you realise that no-one’s life is untouched by sadness.

“We’ve been so lucky but we’re always thinking of families still going through it and what could have happened had things been different.

I decided to do something positive, so signed myself up to the Noah’s Ark Step Challenge. I wanted to give myself and my wider family a tangible way of giving back to children’s hospital for looking after Jo so well. Even if the money we raise helps another family a little bit, then it’s absolutely worth it. “